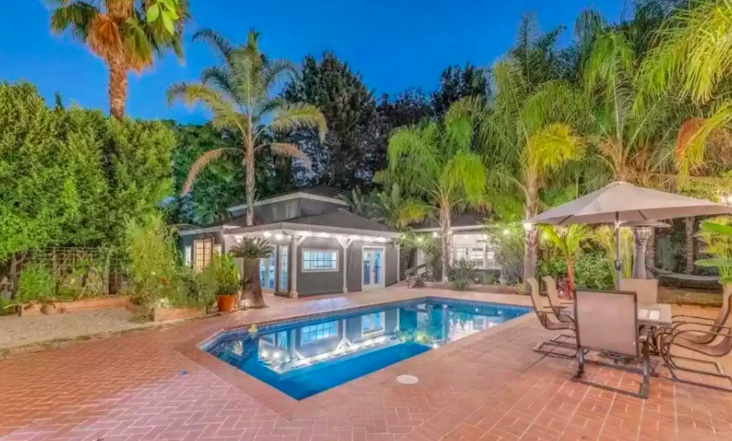 Isabel Vincent of the New York Post on Tuesday reported details of the real estate transaction involving Black Lives Matter Global Network Foundation (BLMGNF) that resulted in the purchase of a 7,400 square foot residence in Los Angeles for $5.8 million.

But just three days before, the mansion had sold for just $3.1 million, a difference of $2.7 million.

Property records show the home was sold for $3.1 million to Dyane Pascall, an associate of Black Lives Matter co-founder Patrisse Cullors. He then sold it to a limited liability corporation funded by BLMGNF. From the New York Post:

The National Legal and Policy Center, a government watchdog, blasted the purchase of a luxury mansion by the nonprofit, and its lack of transparency.

“Charity cash was used to conduct what appears to be a hugely profitable transaction between a shadowy Delaware LLC and a close associate of the officers of BLMGNF,” said Tom Anderson, the director of the Virginia-based group’s Government Integrity Project.

The watchdog, which filed a complaint against BLMGNF to the IRS last year, said it would also file an amended complaint to the California Attorney General following the revelations of the Studio City property purchase.

The purchase of the mansion was first reported by Sean Campbell in New York magazine, who also shed light on the relationship between Pascall and Cullors:

According to California business-registration documents, Pascall is the financial manager for Janaya and Patrisse Consulting, an LLC run by Cullors and her spouse, Janaya Khan; Pascall is also the chief financial officer for Trap Heals, a nonprofit led by Damon Turner, the father of Cullors’s only child.

Trap Heals was the recipient of $150,000 from Black Lives Matter Political Action Committee, another Cullors-controlled entity, for a “disastrous” election night video that experts say should have cost far less.