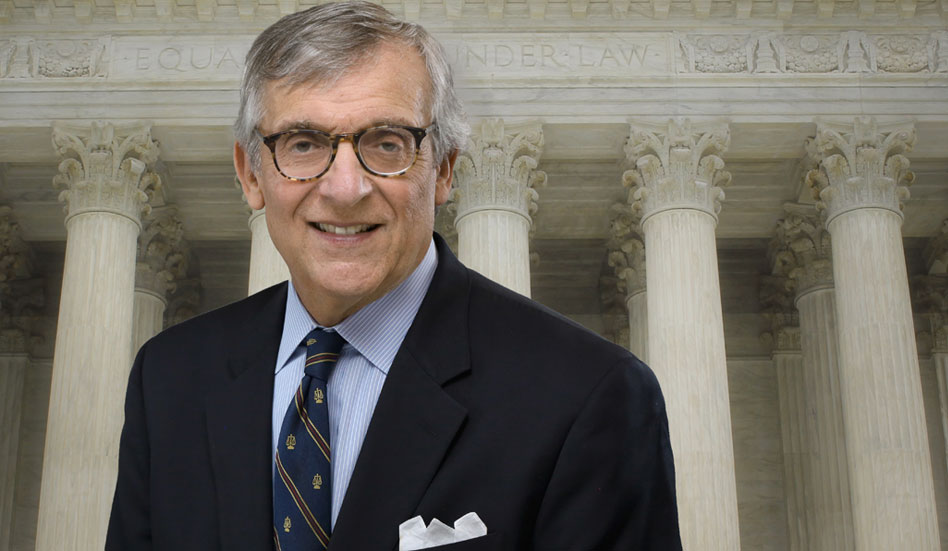 Although the challenge was not successful, Paul made a number of arguments undermining Mueller’s legal authority that received extensive media attention. The case reached the U.S. Court of Appeals for the District of Columbia, the second highest court in the land, but fell short of the Supreme Court. Important constitutional issues raised by Paul remain unresolved that are sure to resurface in the future.

In 1979, he represented Senator Barry Goldwater (R-AZ) and other members of Congress in a Supreme Court case in which they challenged Jimmy Carter’s termination of our mutual defense treaty with Taiwan.  The district court had ruled in Goldwater’s favor but the Supreme Court ruled that the issue was a “political question” that the courts should avoid adjudicating.

In 1982, Paul represented former Secret Service agent Tim McCarthy in a civil lawsuit against John Hinckley. McCarthy was wounded during the attempt on President Reagan’s life.

In 1984, Paul filed a Complaint with the House Ethics Committee against then-Rep. Geraldine Ferraro (D-NY) who Walter Mondale had recently selected as his presidential running mate. The Complaint, which Paul personally served on Ferraro’s office with a media throng in tow, alleged that Ferarro failed to disclose the business holdings of her husband John Zaccaro.

In 1989, Paul argued in the Supreme Court challenging the American Bar Association’s secret process for evaluating President Reagan’s judicial nominees as a violation of the Federal Advisory Committee Act.

He has been a speaker at several conferences across the country on overcriminalization and regulatory enforcement, including those sponsored by the American Bar Association, George Mason University Law School, S.J. Quinney College of Law-University of Utah, American University Washington College of Law, Northwestern University School of Law, and the Cleveland Chapter of the Federalist Society.  He also has appeared on numerous national news and talk shows, including CNN with Chris Cuomo, Nightline, Fox with Tucker Carlson, NBC’s “Good Morning America,” One America News, and NewsmaxTV.

Paul also has briefed Members of Congress and their staff on overcriminalization issues along with representatives from the National Association of Criminal Defense Lawyers and the Heritage Foundation. He and his clients also have testified before congressional committees on these issues.

Paul was Public Interest Clinical Professor of Law at George Mason University Law School from 1999-2005, and adjunct professor at Georgetown University Law Center teaching a separation of powers/appellate advocacy seminar. He has guest-lectured at the United States Naval Academy on National Security Law.   He has been a longtime Senior Fellow of the Administrative Conference of the United States and a member of its Judicial Review Committee. He is a graduate of Georgetown University Law Center, where he was Lead Articles Editor of its International Law Journal. He received his undergraduate degree from Rutgers College.  He also served as an Officer in the U.S. Army’s Adjutant General’s Corps.