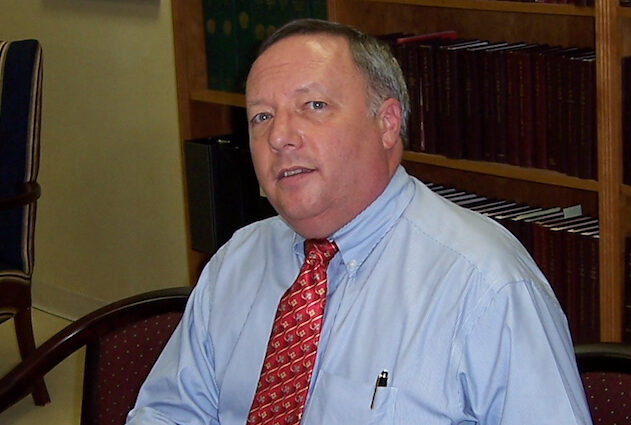 Ken Boehm co-founded the National Legal and Policy Center in 1991 with Peter Flaherty. He served as Chairman beginning in 1994 and held that position until his passing on April 13, 2018.

“…a master of poring over court records and other public filings to find questionable links between politicians and their patrons. “

Boehm’s ability to “connect the dots” of political corruption was on display in 2005 when he singlehandedly exposed the Boeing Tanker Deal Scandal.

Boehm went online and found that an Air Force official named Darleen Druyun sold her home to a Boeing lawyer with whom she was negotiating a multibillion dollar contract. He also found that Boeing hired Druyun’s daughter at the same time it was laying off thousands. NLPC filed a Complaint with the Pentagon Inspector General, an event the Wall Street Journal put on its front page.

As a result, the Boeing CEO resigned, Druyun and the Boeing CFO went to prison, and taxpayers saved billions.

Boehm maintained relationships with journalists of varying ideological stripes, and successfully collaborated with some of the nation’s top investigative journalists.

His research was the basis for three front-page Wall Street Journal stories by the late John Wilke exposing then-Rep. Alan Mollohan (D-WV), who resigned from the Ethics Committee and would later lose re-election. For these articles, Wilke won the National Press Foundation award for “distinguished reporting of Congress.”

In 1997, Boehm authored the Burton Amendment, which became law. It requires the Legal Services Corporation and its grantees for the first time to disclose the identities of the parties they sue.

Prior to joining NLPC in 1994, Boehm served as Counsel to the Board of Directors of the Legal Services Corporation.

Boehm spent five years as an award-winning radio talk show host on Philadelphia’s WWDB. His broadcasting experience includes being a commentator on National Public Radio and guest interviews on more than 500 radio and TV programs.