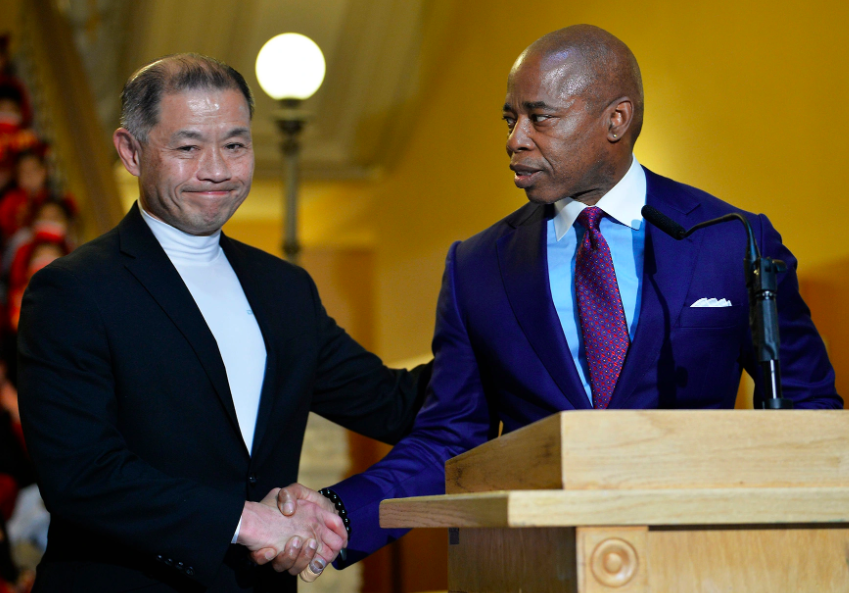 Last month, New York City Mayor Eric Adams was featured at a dinner sponsored by a nonprofit that houses a “police station” maintained by the Chinese Communist Party to spy on Chinese citizens living in the city.

From a report by Isabel Vincent in the New York Post:

The Manhattan police station is part of a web of more than 100 such law enforcement offices set up around the world by the People’s Republic of China, ostensibly to help Chinese nationals renew their government-issued identification and drivers’ licenses.

But the stations allegedly have a darker purpose, according to a recently released whistle-blower report.

“These latest revelations show Mayor Adams is failing to fundamentally ensure the people of New York City and the world that their safety and wellbeing are firmly rooted in the laws of the United States of America, not the Communist Party of China,” said Tom Anderson, director of the Government Integrity Project at the National Legal and Policy Center, a Virginia-based watchdog group.