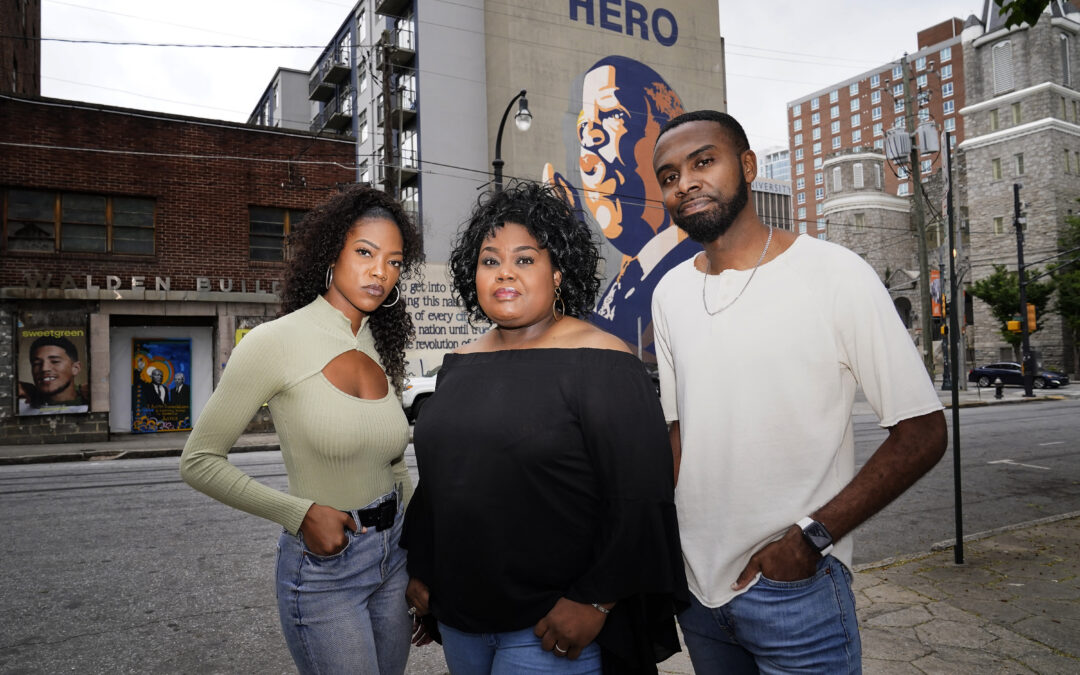 Gay was named Chair in April, before the group finally released its 2020 annual tax return 990. She is in the center in the above photo, with D’Zhane Parker, left, and Shalomyah Bowers, right, the two other new BLMGNF directors.

The tax return confirmed that BLMGNF funded the purchase of mansions in Los Angeles and Toronto, and that much of the group’s expenditures went to insiders who are family or have relationships with co-founder Patrisse Cullors, who resigned from the BLMGNF in May 2021. Additionally, the group used $42 million to purchase stocks. NLPC has filed an IRS Complaint and amendments alleging a variety of violations of the IRS Code regarding self-dealing and private inurnment by Cullors and company.

From the Daily Caller article:

Tom Anderson, director of the government integrity project for the ethics watchdog National Legal and Policy Center, told The Daily Caller News Foundation that BLM is a “financial disaster” and that the hiring of Gay confirms they’re “at the bottom of the barrel.”

“We’re watching them crash and burn,” he said. “This woman should never be on any board. But she’s on the board because no one else will be. This is just the beginning of the end.”

Gay was also a digital media contractor for BLM from August 2020 to September 2020, according to her LinkedIn page. This, Anderson says, points to how BLM is elevating people in its inner circle since those unaffiliated with the group are not willing to deal with the PR disaster.

“If you really want to get a bird’s eye view of what’s happening, it’s that no one on the outside of Patrisse Cullors’ inner circle wants to touch BLM right now,” Anderson added. “Since no one outside her inner circle is willing to come in and attach their name to what they know is going to be a calamity, she can only reach out to people who are within her circle.”

BLMGNF seems to exist in a parallel universe. The group recently tweeted, “Despite assertions otherwise, an independent audit has revealed that Black Lives Matter’s finances are strong, the organization is financially sound, and its leaders have been good stewards of the people’s donations.”