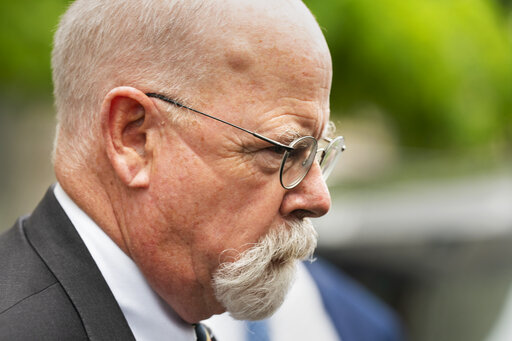 Paul Sperry of RealClearInvestigations reports that Special Counsel John Durham is letting FBI agents “off the hook in his waning investigation of misconduct in the Russiagate probe,” and repeatedly quotes NLPC Counsel Paul Kamenar. From the article:

Notwithstanding his reputation as a tough, intrepid prosecutor, Durham has made excuses for the misconduct of FBI agents, providing them a ready-made defense against any possible future prosecution, according to legal experts.

“Durham was supposed to clean up the FBI cesspool, but it doesn’t look like he’s going to be doing that,” said Paul Kamenar, counsel to the National Legal and Policy Center, a Washington watchdog group. “He started with a bang and is ending with a whimper.”

At the same time, Durham acknowledged agents allowed the fabrications to contaminate their wiretap warrants – noting they were “an important part of the FISA applications targeting Carter Page.” But he stopped short of blaming the FBI, even for incompetence. According to Durham, the nation’s premiere law enforcement agency was misled by a serial liar and con man.

“He’s painting it as though the FBI was duped when the FBI was more than willing to take the initiative and go after Trump,” Kamenar said, adding that though Danchenko may have been a liar, he was a useful liar to FBI officials and others in the Justice Department who were pursuing Trump.

Kamenar said the Clinesmith case was a “bad omen” for how Durham would handle dirty FBI agents. He pointed out that the prosecutor could have charged Clinesmith with the more serious crime of altering a CIA document, but instead negotiated a deal letting him plead to the lesser offense of lying to a government agency, which Kamenar called “a garden variety process crime.” And “now he’s got his law license back.”

Click here to read the entire report on RealClearInvestigations.