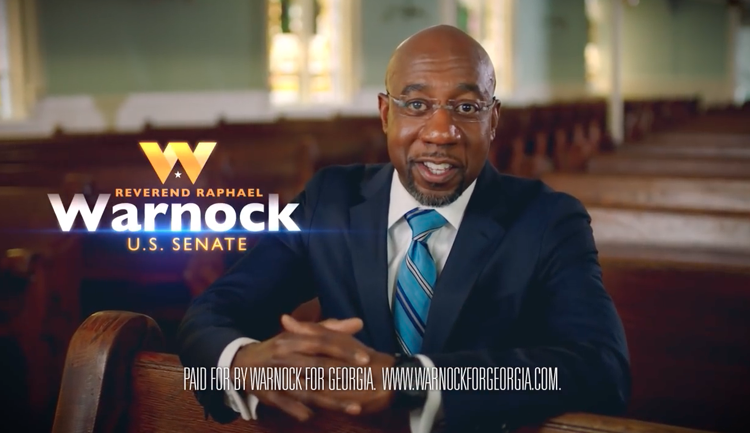 National Legal and Policy Center today filed a formal Complaint with the Exempt Organizations Division of the Internal Revenue Service alleging that the Ebenezer Baptist Church, through a series of related-party transactions, sought to hide or obscure its 99% ownership of an apartment building that has come under scrutiny for its aggressive eviction tactics against poor tenants owing small sums, as low as $28.00, or who are behind in their rent by only days.

Senator Raphael Warnock (D-Ga.), who is locked in a tough re-election battle with Republican Herschel Walker, is the Senior Pastor of Ebenezer Baptist Church, and has the benefit of a liberal housing allowance of $7,417 per month, on which he is not required to pay income tax.

The downtown Atlanta building is known as Columbia Towers at MLK Village. The aggressive eviction actions at the property were first reported yesterday by Andrew Kerr in the Washington Free Beacon. From a story today by Andrew Kerr about the Complaint:

“Senator Warnock and his church need to explain why they are hiding their ownership in the apartment building and to account for the rents received,” said NLPC attorney Paul Kamenar. “It’s despicable that in the name of MLK, they are evicting tenants for past due rents of trifling amounts.”

The Complaint details the apparent relationships between the Ebenezer Baptist Church, two nonprofits called Ebenezer Building Foundation and MLK Village Corporation, and a for-profit corporation called Columbia Residential, that owns the remaining 1% and manages the building.

The Complaint also asks the IRS to find out where some $200,000 in rental income went based on discrepancies in the Foundation’s financial statements.

“It is abundantly clear that Ebenezer Building Foundation, Inc. has violated one or more IRS laws and regulations regarding the operation of a nonprofit charity. The IRS must conduct a full investigation and audit of the Foundation’s finances and transactions and assess appropriate civil and criminal penalties, and revoking their tax-exempt status if warranted. The public interest demands it.”

Click here for an Atlanta Journal-Constitution story about the Complaint.

Click here to watch an interview with NLPC Counsel Paul Kamenar on One America News Network.