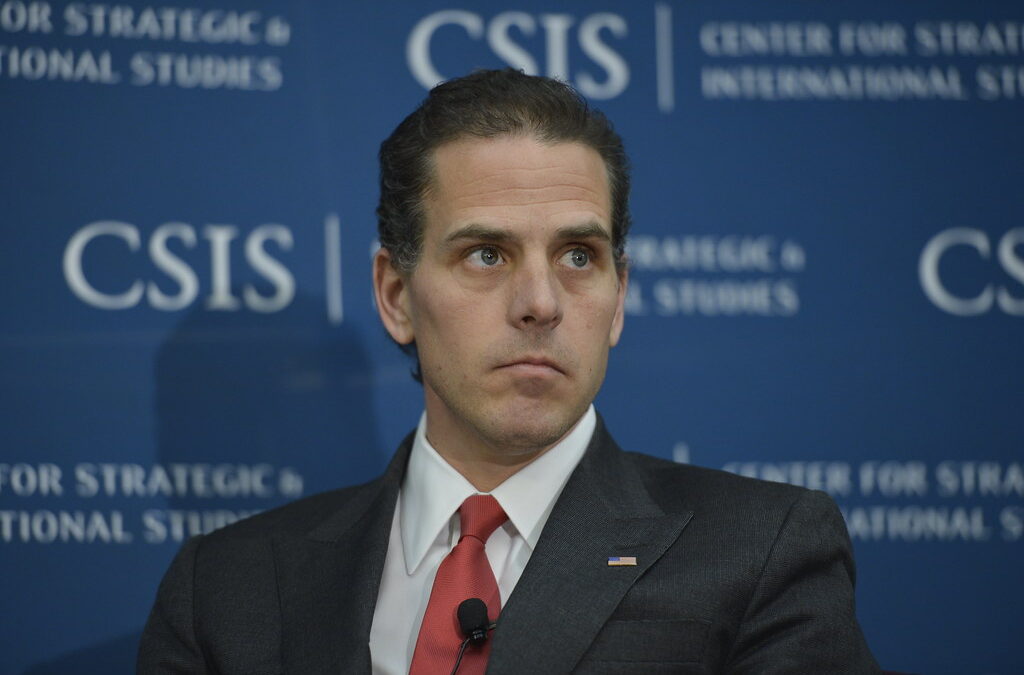 The National Legal and Policy Center, an ethics watchdog group, called upon U.S. Attorney for the District of Delaware David C. Weiss to investigate the Truman National Security Project, the University of Pennsylvania and its Penn Biden Center to determine whether they violated the Foreign Agents Registration Act for engaging in political activities on behalf of Burisma and Chinese interests.

Recent press reports indicate a Delaware grand jury is looking into possible violations of FARA by Hunter Biden (pictured above), and whether foreign payments received from CEFC China Energy, which paid $4.8 million to entities controlled by Hunter Biden and his uncle, should have triggered registration.

NLPC’s 12-page complaint originally filed in October 2020 with the Department of Justice’s FARA Unit, draws upon press reports and other evidence that disclose incriminating emails and text messages on Hunter Biden’s laptop computer and statements against Hunter and his father President Biden by Tony Bobulinski, Hunter’s partner on Burisma, the Ukrainian oil company. Bobulinski was interviewed by the FBI in a criminal investigation into activities that most likely involve money laundering, tax evasion, wire fraud, and other crimes, and implicates his uncle James Biden, and his father, President Biden.

The complaint cites one such text message on May 1, 2017 by Hunter to Bobulinski regarding their Chinese energy client, CEFC, “We don’t want to have to register as foreign agents. . . which is much more expansive than people who should know choose not to know.” In another email dated April 17, 2015, Burisma’s Vadym Pozharski thanks Hunter for arranging a meeting with his father, who was then Vice President.

Hunter served as a board member until 2019 on the liberal Truman National Security Project along with Sally Painter, COO of Blue Star Strategies, a lobbying firm retained by Burisma to promote its interests before the State Department. The Truman Project, which endorsed Kamala Harris in 2016 for her Senate race, failed to note on its 2017 tax filing that Hunter and Painter had a business relationship with each other through Burisma.

Finally, NLPC demands that U.S. Attorney Weiss investigate the source of over $22 million in anonymous donations from China to the University of Pennsylvania and its Penn Biden Center that may have been earmarked to promote Chinese interests and thus trigger registration as foreign agent. NLPC’s complaint cited prior FARA rulings in similar cases.

“Hunter Biden did not act alone in a crack-induced fog. He was part of a network of individuals and institutions that received millions from foreign interests,” said NLPC Chairman Peter Flaherty.