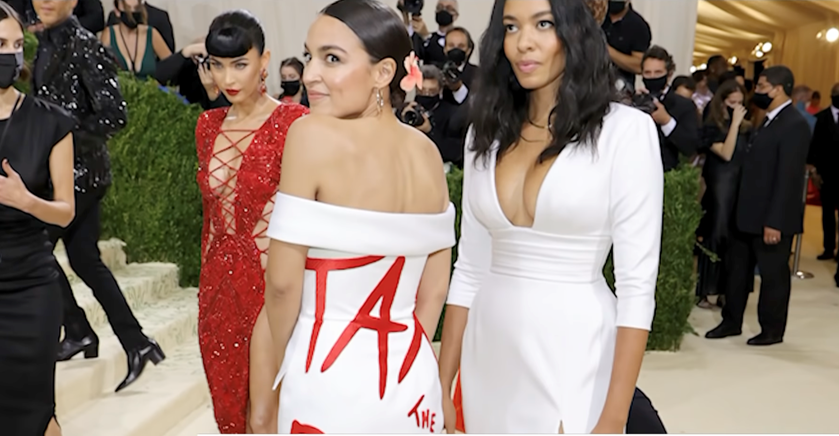 Yesterday, the House Ethics Committee released a statement saying that Rep. Alexandria Ocasio-Cortez (D-NY) is under investigation based on a referral made by the Office of Congressional Ethics (OCE) on June 23.

The statement did not specify what matter is under investigation, but it appears that it is AOC’s attendance last year at a Met Gala. In a Complaint to OCE filed by NLPC Counsel Paul Kamenar on September 15, 2021, we alleged that AOC and her boyfriend Riley Roberts accepted tickets to the Gala in violation of House rules.

House rules allow members to take free tickets to charity events directly from event organizers. Kamenar argued, however, that if the table where AOC sat was paid for by one of the corporations attending the event, such as Facebook, AOC received a prohibited gift from a corporation that also lobbies Congress.

The Complaint further alleged that the borrowed white Brother Vellies gown worn by AOC, with “Tax The Rich” on it, constituted an impermissible gift.

We also claimed that she may have violated House rules by accepting “related gifts before, during, or after the event, including … limousine service, the use of the Carlyle Hotel, professional hair and makeup services.”

The Ethics Committee announced further that the matter will be taken up after the new Congress takes office.