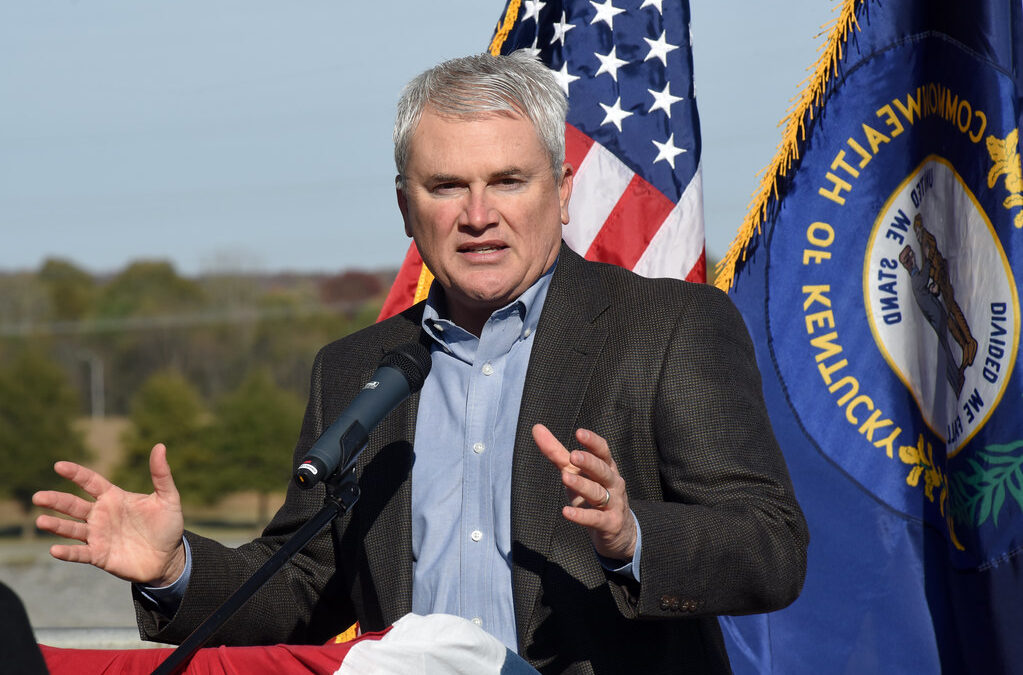 On Tuesday the House’s top Republican on the Committee for Oversight and Government Reform, Rep. James Comer, inquired with the art dealer handling the sales of Hunter Biden‘s paintings about the “unprecedented prices” he expected to fetch from upcoming transactions.

In a letter to the proprietor of Georges Bergès Gallery, Comer cited the suspicious nature of the anticipated windfall and who Biden’s potential buyers might be, considering his past successful efforts to gain financially using his father’s name and influence. From the Kentucky congressman’s letter to Bergès:

The New York Times recently profiled your gallery regarding its sale of paintings by Hunter Biden, who overnight has become an artist and member of the avant-garde. As you are undoubtedly aware, the president’s son selling artwork has generated numerous questions surrounding the ethics and propriety of such actions…

Though the White House has attempted to allay concerns about the appearance of selling access to the president by developing guidelines for your gallery, these guidelines actually create more obscurity for the buyers of Mr. Biden’s compositions, each of which—at their lowest prices—exceeds the median annual income for the American household. According to the Times, the prices, ranging from $75,000 to $500,000, are an “eyebrow raiser” and involve sums that other artists—with “real careers”—may not even “sell . . . cumulatively over 10 years.”…

[Hunter Biden] has chosen—in the latest iteration of his career—to sell commodities of fluid and opaque value to anonymous benefactors. Mr. Biden acknowledges it is “a hell of a lot easier to get noticed” as an artist due to his family name. Given Mr. Biden’s connection to the White House, his network of foreign associates, your efforts to become the “lead guy in China” for art, and history of foreign nations that have “used transactions involving high-value art to evade sanctions imposed on them by the United States,” the extent and nature of your dealings with Mr. Biden must be subject to the same scrutiny.

Comer goes on to request from Bergès copies of documents and communications with regard to his planned dealings for the Bidens, including those with the White House.

He and his fellow Republicans on the Oversight Committee also wrote the White House Counsel’s Office and the National Archives and Records Administration in July, demanding documentation and communications related to the Biden family’s efforts — including those related to Hunter Biden’s new art “career” — to profit from proximity to the White House.