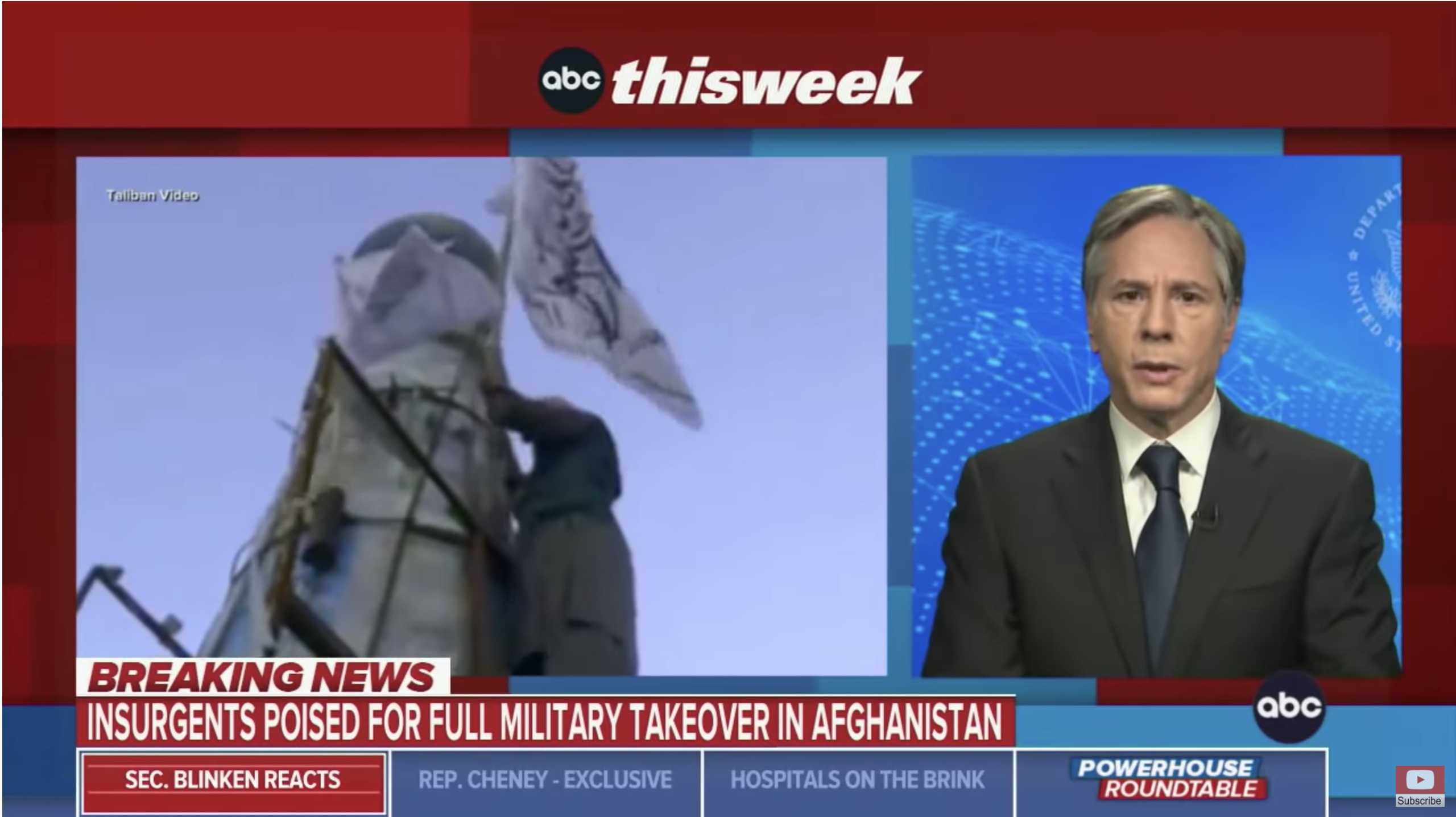 Today the National Legal and Policy Center (NLPC) called for the resignation of Secretary of State Antony Blinken.

“While President Biden is ultimately responsible for the Afghan debacle, he has been poorly served by advisors who have a blind spot about terrorism threats in general and Chinese geopolitical ambitions in particular,” stated NLPC Chairman Peter Flaherty. “Specifically, China is about to recognize the Taliban government after providing economic aid even before Kabul fell.  Afghanistan has significant mineral resources, including rare earth minerals, which are increasingly under Chinese control worldwide.”

Blinken served as Managing Director of the Biden Center for Diplomacy and Global Engagement, at the University of Pennsylvania (UPenn). From 2017 to 2019, UPenn was the recipient of at least $67 million in donations from China, of which $22 million came from sources it refuses to identify. UPenn failed to report the source of these anonymous gifts to the Department of Education as required by federal law, which mandates the disclosure of the source of all donations over $250,000.

In May 2020, NLPC filed a complaint with the Department of Education requesting that it conduct a full investigation into the failure to disclose the source of the anonymous donations from China. In November 2020, NLPC filed a Complaint with the Department of Justice alleging violations of the Foreign Agents Registration Act (FARA) against UPenn and the Biden Center, along with Hunter Biden and the Truman National Security Center. The Complaint asked for an investigation to determine whether there had been any explicit or implicit conditions attached to the donations to UPenn from China, or a general understanding, either to forego criticism of China and its policies or to espouse certain views of that country.

The Biden Center co-sponsored an event called the “2020 Penn China Research Symposium” on January 31, 2020, at UPenn. It included opening remarks by Ambassador Huang Ping, Consul-General of the People’s Republic of China in New York, amid the coverup by China of the pandemic that originated in Wuhan, China.

“Blinken also lacks perspective on human rights. Blinken recently called for an investigation of racism in America by the anti-West, anti-Israel Human Rights Council of the United Nations,” Flaherty continued.  “The Taliban is about to show the world what real human rights violations look like.”   “The responsible House and Senate Committees must conduct a thorough oversight investigation into the Biden Administration’s failure in handling the withdrawal of Americans and its Afghan supporters, but there is no reason for Blinken to remain in office. He should resign now,” Flaherty said.