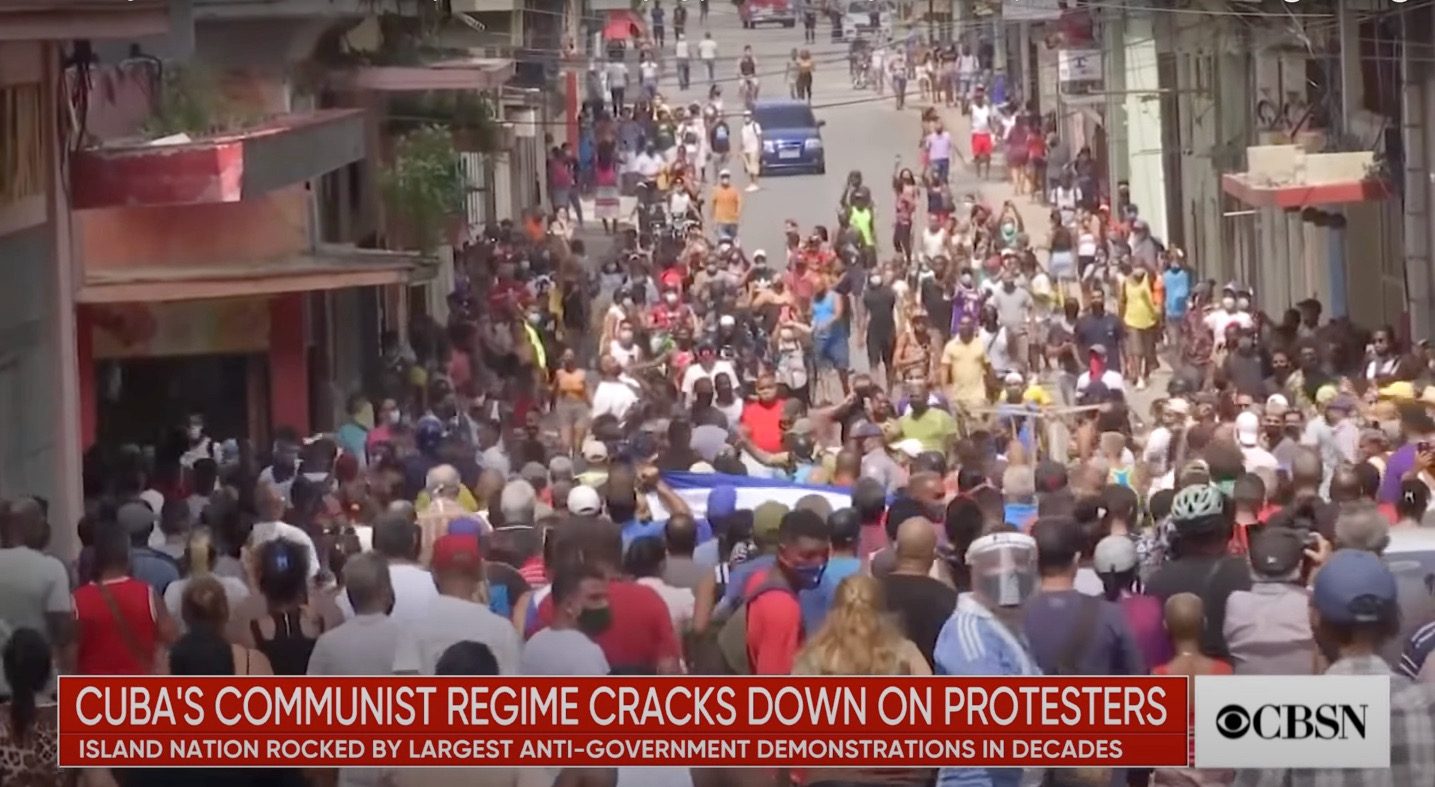 Jorge Felipe-Gonzalez, an assistant history professor at the University of Texas at San Antonio, has written a piece for The Atlantic that alleges, “Black Lives Matter misses the point about Cuba”, following massive protests in Havana on Sunday which the communist government quickly suppressed.

BLM’s immediate response to the demonstrations was to blame the United States and its embargo on the island nation:

“The people of Cuba are being punished by the U.S. government because the country has maintained its commitment to sovereignty and self-determination,” the Black Lives Matter Global Network Foundation said in a statement, condemning the U.S.’s “inhumane treatment of Cubans” and calling for the lifting of the embargo.

Felipe-Gonzalez, a Cuban who received his undergraduate degree at the University of Havana in 2007 and escaped in 2013, has studied the Atlantic slave trade between Africa and the U.S. and Cuba. He wrote that BLM speaks from ignorance in blaming the U.S. for what protestors on the ground in Cuba are blaming on racist policies coming from the Communist regime.  Essentially taking the side of the Communist regime over the protestors:

BLM is actually repeating Communist officials when it blames the uprising on the United States. And that misses the point of the protests. To the surprise of the Black community in Cuba and those in exile, the organization is overlooking what has triggered the events—Cuba’s systemic denial of rights to its people, poor material conditions, lack of social mobility, and the inequality that plagues all Cubans but disproportionately Afro-Cubans, who are at the forefront of the widespread demonstrations…

Not surprisingly, Havana’s primarily Black neighborhoods, the most neglected in the city, are the epicenters of the largest recent demonstrations, as footage shows. In some of them, such as La Güinera, Centro Habana, Diez de Octubre, Cerro, and La Habana Vieja, we’ve seen clashes between demonstrators and the police and members of the government posing as civilians. As a result, Black Cubans, along with compatriots of all races, are disproportionately being beaten, brutalized, and jailed for protesting. The government is publicly calling them “thugs” and “criminals” in the state-controlled media.