Blinken Has No Answer on Wuhan Virus 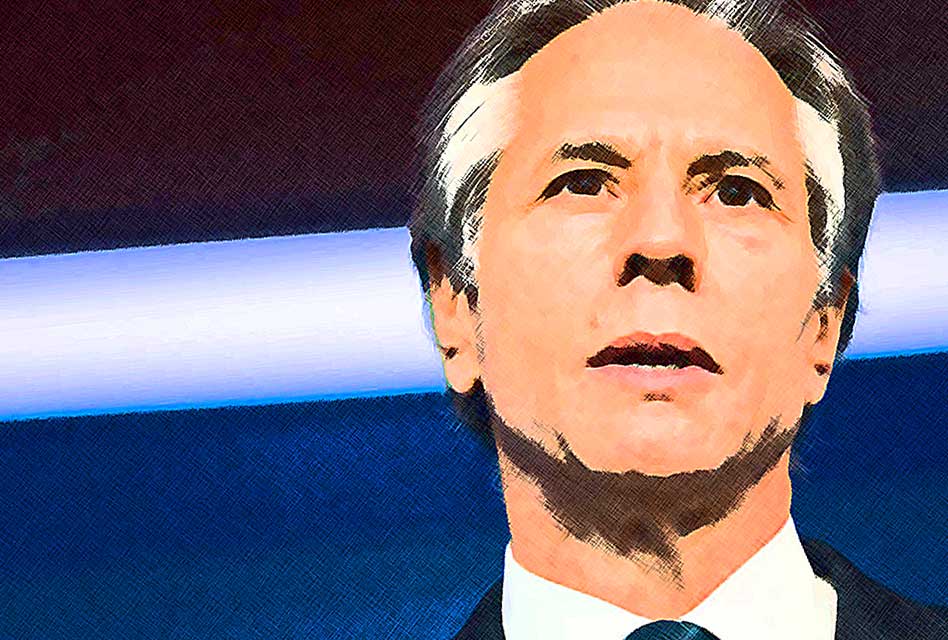 In an interview for “Axios on HBO” over the weekend, Secretary of State Antony Blinken could not articulate any measures that the Biden administration would take against China if it refuses access to the Wuhan Institute of Virology, which more than ever is now suspected of unleashing the COVID-19 pandemic on the world.

Asked by interviewer Mike Allen what kind of “teeth” the United States would put into pressuring the communist government if it denied information to investigators — as any person with common sense would expect, considering China has denied and redirected blame about the source of the coronavirus so far, including blaming the U.S. Army — Blinken essentially replied that China would do what’s good for them.

“At the end of the day,” Blinken said, “it’s profoundly in China’s interest to do this as well, because look, it suffered too in the outbreak of this pandemic. It presumably has an interest as well. Especially if it purports to be a responsible international actor, to do everything it can to provide all the information it has to make sure we can hopefully prevent this from happening again.”

That’s a delusional interpretation of how communists — and especially the Chinese — operate.

First, the brutal, dictatorial — and some say genocidal — Chinese government fails to admit fault to anything. At the same time it spies, deceives, buys influence, and corrupts foreign actors to act on its behalf to enhance and build its global power.

Blinken knows this because he kept contributions from China under wraps when he was managing director of the Penn Biden Center for Diplomacy and Global Engagement at the University of Pennsylvania for three years.

National Legal and Policy Center filed a complaint with the Department of Education late last year demanding that the University and the Penn Biden Center disclose the identity of $22 million in anonymous Chinese donations since 2017, including a single eye-popping donation of $14.5 million given on May 29, 2018, shortly after the opening of the Biden Center in Washington, DC.

Since NLPC’s filing, Penn spokesmen have stonewalled press inquiries into its Chinese funding.

“If Joe Biden and Tony Blinken don’t explain their cozy relationship with Communist China through the Biden Center, any FBI background investigation and Senate confirmation hearing must get to the bottom of this secret money connection,” said Peter Flaherty, NLPC Chairman.

Unfortunately, the Senate never tried to get to the bottom of Blinken’s potential conflict of interest, he remained silent on the matter, and he was confirmed as Secretary of State.

Republican Sen. Tom Cotton of Arkansas, one of the first to raise the lab leak as a likely source of the viral pandemic (and to get ostracized for it), understands what Blinken willfully denies — that China has more interest in covering up such a scenario than it does in transparency. He explains in a National Review commentary published today:

First, the Chinese government has not behaved like an innocent victim. Instead, it has acted consistently as if it’s covering up a terrible secret in Wuhan. In December 2019, the WIV’s infamous bat expert, Dr. Shi Zhengli, deleted data and purged phrases such as “wild animal samples,” “cross-species infection,” and “emerging infectious diseases” from institute databases. The next month, the Chinese government installed its top military epidemiologist at the WIV, putting it under the control of the People’s Liberation Army. Last February, Chairman Xi Jinping announced that China would fast-track legislation to reform the nation’s biosecurity laws. Chapter Five of that law addresses “biosafety of pathogenic microorganism laboratories” — in other words, lab leaks. And the Chinese government purged hundreds of studies relating to bat-coronavirus research, including research by Dr. Shi.

The question about Blinken now is, is he naively or willfully running interference for the communist Chinese?

Is Facebook an Arm of the Government and Therefore Subject to the First Amendment?