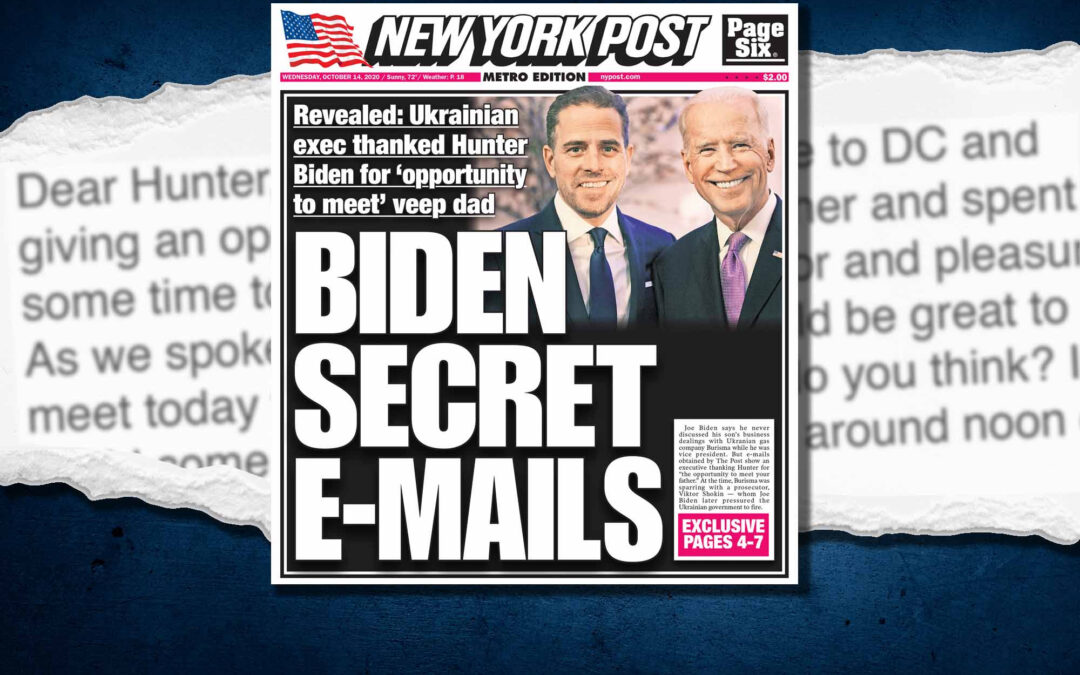 Remember when Twitter censored the New York Post‘s account and prevented it from disseminating its blockbuster reporting about the sensational contents found on Hunter Biden‘s laptop, which he abandoned at a Delaware repair shop?

And remember how the mainstream media followed suit, and either ignored or attempted to discredit the story that broke just before the 2020 election?

Well now the New York Times has been caught backpedaling on its attempt to downplay the Biden story. From the New York Post:

The New York Times has stealthily deleted its false claim that a New York Post report about Hunter Biden’s laptop was “unsubstantiated.”

The Times…tweeted out a link to the online article that contained the “unsubstantiated” claim.

But hours later, the report was updated to remove the word entirely from the article.

While it was deleted from the online article, the word is still visible in a tweet that the outlet pushed out.

The story adds that the Times has received significant blowback on Twitter over its inaccurate reporting.