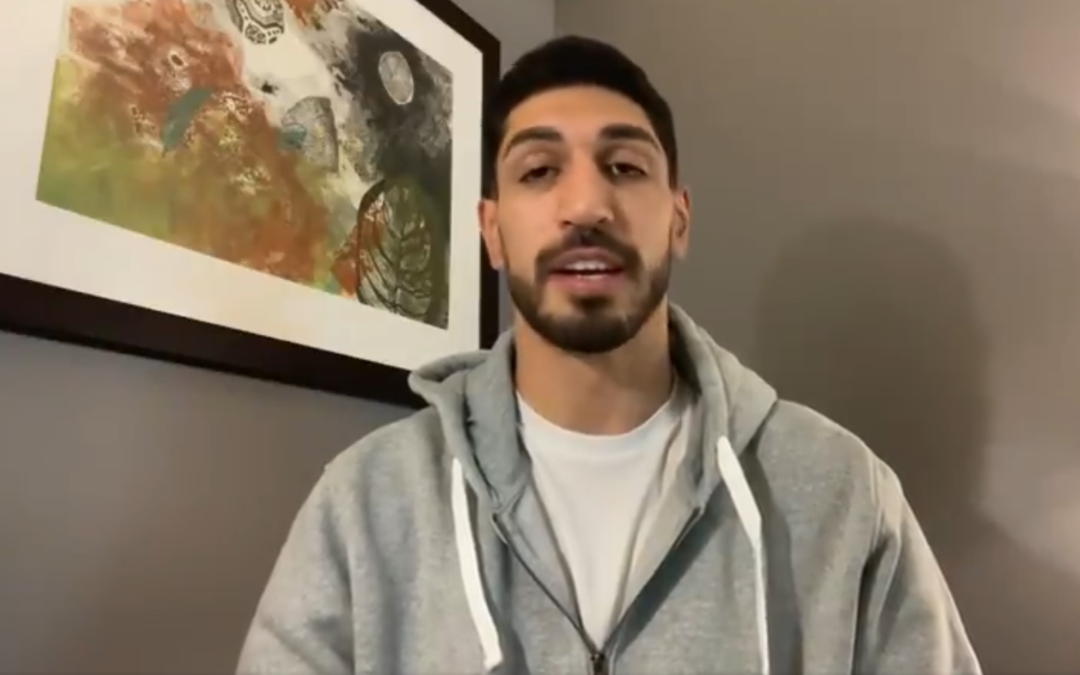 More than two years after former Houston Rockets’ general manager Daryl Morey was driven into hiding after he tweeted support for Hong Kong during the brutal Chinese crackdown, another NBA personality is taking the anti-communism message several steps further.

Boston Celtics player Enes Kanter (pictured) has broken the league-wide silence over the evil oppression by China’s dictators who are imposing slave labor on the Muslim-minority Uyghurs. Even more boldly, Kanter calls out NBA ally Nike and suggests the shoemaker is part of the slavery supply chain.

“When it comes to China, Nike remains silent,” the NBA star said. “You do not address police brutality in China. You do not speak about discrimination about the LGBTQ community. You do not say a word about the oppression of minorities in China.”

“You are scared to speak up,” Kanter said in his comments directed to Nike, before asking, “Who makes your shoes in China? Do you even know? There are so many forced labor factories in China. For instance, Uyghur forced labor.”

Heartless Dictator of China,
XI JINPING and the Communist Party of China.

I am calling you out in front of the whole world.
Close down the SLAVE labor camps and free the UYGHUR people!

To those of you who care about human dignity:
Please join me in spreading the word.
What is happening to the Uyghurs is one of the WORST human rights abuses in the world today.