China Recognizes Homosexuality as a Disorder, Will NBA Now Boycott? 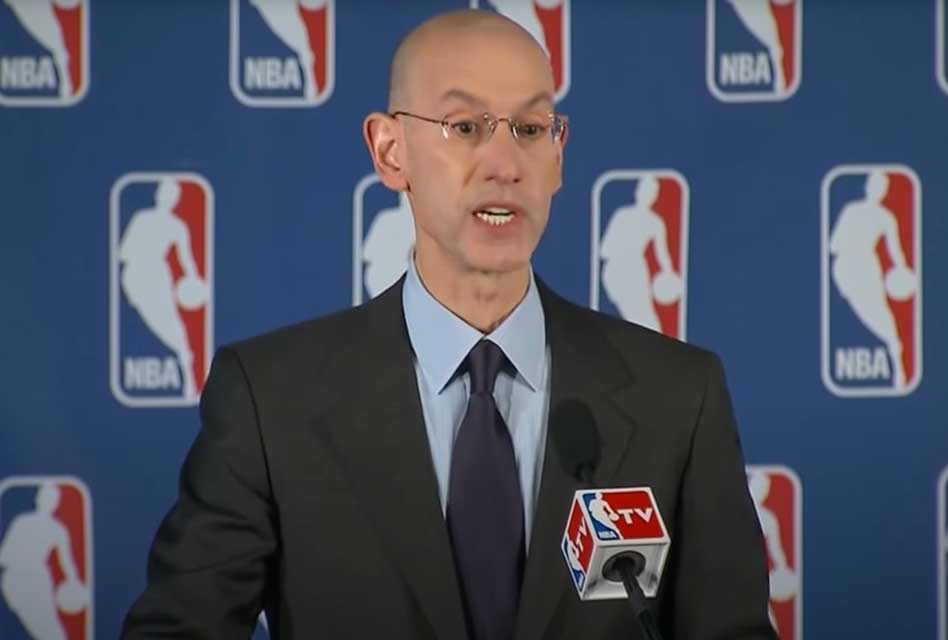 An appeals court in China has upheld an earlier decision supporting a publisher’s psychology textbook, used by several Chinese universities, which characterized homosexuality as a “psychological disorder.”

Let’s see if the National Basketball Association will apply the same “moral” standards to China as it does to jurisdictions in America.

After all, the league joined a major corporate assault on North Carolina in 2016 after the passage of HB2 – perhaps the most well known state legislative bill number in American history – also identified as the “transgender bathroom law.” It prohibited local governments from enacting ordinances that forced private businesses to accommodate so-called “transgenders,” to allow them to use their sex-specific facilities based on their gender identity, rather than their biological gender. HB2 also required individuals to use public, government-owned facilities, based on whether they are biological males or females – in other words, according to actual science.

The law was enacted in response to a pro-transgender ordinance passed early in 2016 by the Charlotte City Council, which had imposed the bathroom free-for-all on private businesses.

HB2, enacted by the Republican-dominated legislature and then-governor, was too much for major woke corporations such as Apple and Coca-Cola, which responded collaboratively and en masse with threats against and boycotts of the Tar Heel State, as National Legal and Policy Center reported at the time.

Dozens of company CEOs signed a message to Gov. Pat McCrory – on letterhead with the logos of the Human Rights Campaign and Equality North Carolina, a gay rights group – lecturing the state about its new law.

“House Bill 2…has overturned protections for LGBT people and sanctioned discrimination across North Carolina,” the letter from the CEOs said. “Put simply, HB 2 is not a bill that reflects the values of our companies, of our country, or even the overwhelming majority of North Carolinians. We are disappointed in your decision to sign this discriminatory legislation into law.”

And famously the NBA joined (along with other sports leagues and conferences) in the criticism and boycott spree against the state, with Commissioner Adam Silver announcing the league would remove its planned 2017 All-Star Game from Charlotte.

“Our week-long schedule of All-Star events and activities is intended to be a global celebration of basketball, our league, and the values for which we stand, and to bring together all members of the NBA community — current and former players, league and team officials, business partners, and fans,” said an NBA statement in July 2016. “While we recognize that the NBA cannot choose the law in every city, state, and country in which we do business, we do not believe we can successfully host our All-Star festivities in Charlotte in the climate created by HB2.”

Yes, recognizing the rights of business owners to run their establishments as they see fit was a bridge too far for the NBA.

But there appears to be no such bridge for the league with regard to its relationship with China. No boycotts or threats have been forthcoming following the communist government’s crackdown on Hong Kong; its surveillance state of its citizens; the disappearance of its critics; its censorship practices; its worker rights violations; and of course its treatment of Muslim Uighurs, which both former and current Secretary of States – Mike Pompeo, and Antony Blinken respectively – characterized as genocide.

“No other government is simultaneously detaining a million members of an ethnic minority for forced indoctrination and attacking anyone who dares to challenge its repression,” wrote Human Rights Watch in a 2020 report. “And while other governments commit serious human rights violations, no other government flexes its political muscles with such vigor and determination to undermine the international human rights standards and institutions that could hold it to account.

“If not challenged, Beijing’s actions portend a dystopian future in which no one is beyond the reach of Chinese censors, and an international human rights system so weakened that it no longer serves as a check on government repression.”

While the NBA, its commissioner, and its stars like Lebron James impose their race-based woke politics on a freedom-loving nation that is increasingly disinterested in its virtue signaling, it continues to embrace its relationship with communist China. Outkick.com’s Sam Amico said NBA commissioner David Stern once told him, “There are 350 million people in America. There are 350 million people in China who love basketball.”

And in a November 2020 GQ interview, Stern said:

Through the relationships that we have in China—directly with the hundreds of millions of people in China that follow NBA basketball—we are an exporter of American values. And again, I’m not naive. I don’t mean to suggest that therefore their system of government will change because people watch NBA basketball. But I think through those relationships come commonality of interest and ultimately empathy and a better understanding of each other. I don’t know how else to say it, but I think it’s a net positive, because the alternative is disengagement.

But I guess that people could say, “Well, it’s inconsistent with our values.” And I’d say, “Do you make decisions based on one issue?” I still believe that by engaging with people in China, by exporting what is a piece of Americana through the NBA, that we are supporting our fundamental values and that the alternative of not doing it would not improve things.

Yet, by nearly all accounts – especially reporting by the experts at Human Rights Watch – China’s dictatorial, oppressive and brutal conduct has only worsened since the NBA and other American corporations have increased engagement with its government and citizens.

Calling homosexuality a disorder in a textbook only rises to the level of outrage if it happens in the United States. The NBA should shut up about its purported “values,” as long as they are trumped by the almighty dollar.

Biden Won’t Listen to His Own Experts on Confucius Institutes