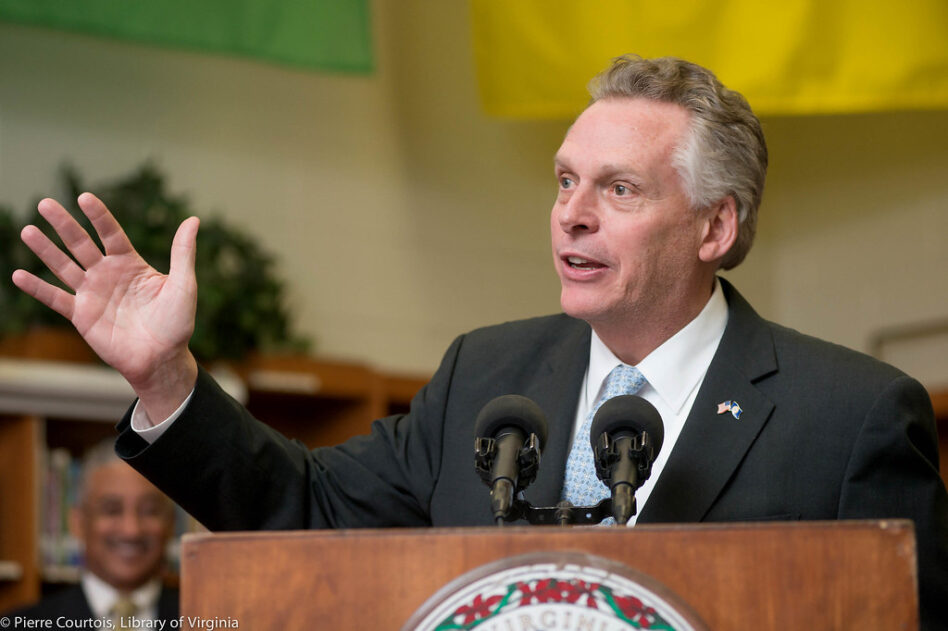 Big Labor sees a big opportunity to flip Virginia, a longtime right-to-work state, to one that prioritizes union negotiating rights over the individual worker.

McAuliffe won the Democrat nomination in June, but three of his four competitors in the primary had supported repeal of right-to-work laws in Virginia. He had previously expressed opposition to overturning individual workers rights, but when asked in April — before the primary — if he’d sign a repeal if it came to his desk as governor, he said, “Sure I’d sign it.”

With Democrats having taken control of the state legislature, and under current Democrat Gov. Ralph Northam, progressives have implemented many of their agenda items. Now labor unions want their piece. Here’s the breakdown on their contributions to McAuliffe, according to Fox News, which says accounts for nearly 30 percent of his campaign haul for the last quarter:

McAuliffe accepted a quarter of a million dollars from the embattled American Federation of Teachers and over $400,000 from the progressive group American Federation of State, Local and Municipal Employees (AFSCME), which threw its support behind former Secretary of State Hillary Clinton during her failed 2016 presidential bid.

Additionally, McAuliffe took half a million dollars from the Service Employees International Union (SEIU) and $400,000 from the National Education Association (NEA).

NEA recently adopted a measure dropping $54,000 to target and “research” opponents of critical race theory — the highly controversial subject that McAuliffe has called a “right-wing conspiracy” that is the subject of a fiery fight in Virginia’s affluent Loudoun County School District.

“Terry McAuliffe is flaunting his Clinton-style corruption right in the face of Virginians. He once supported right-to-work, but now as he pockets cash from unions, he’s sold-out Virginia workers and has committed to repealing right-to-work,” said Virginia GOP chairman Rich Anderson in a statement to Fox News.

The cable news network added that McAuliffe expressed support for right-to-work laws as recently as September 2019.