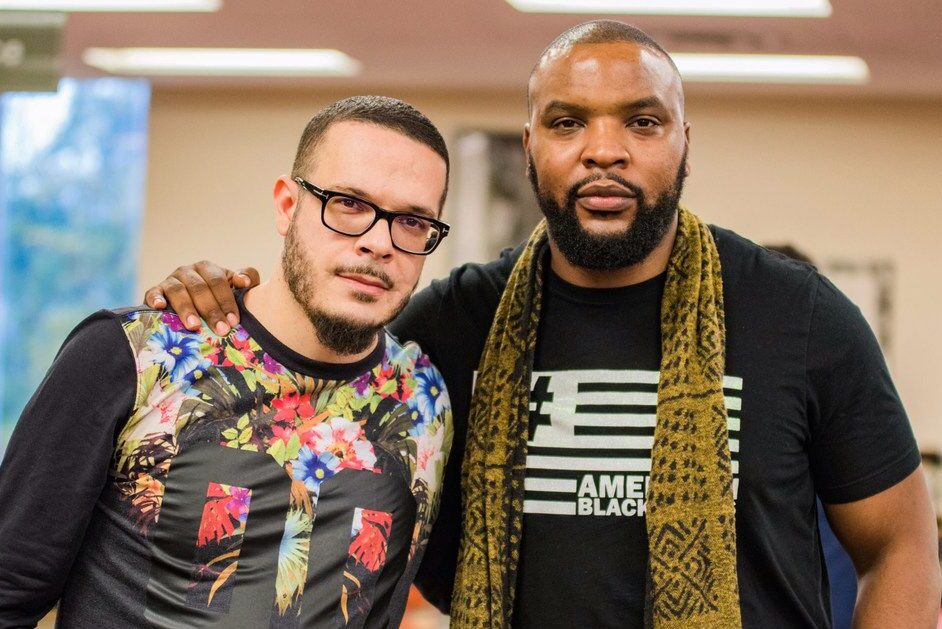 Following up on her expose’ of Black Lives Matter activist Shaun King (pictured above, left, with Texas civil rights attorney Lee Merritt) and his lavish abode in northern New Jersey, the New York Post‘s Isabel Vincent reported over the weekend that he has announced he will start his own clothing line.

Vincent also reports that King is begging his followers on social media to finance his family’s move from his wife’s $842,000 home, claiming it’s necessary for safety because of the previous Post report on King:

“The costs are outrageous. And to be frank — we just don’t have it,” said the father of five, who also set his Instagram to “private,” blocking the general public from seeing his posts, also wrote.

Unfortunately for King, public document requests were filed with local law enforcement to discover how much danger King was in.  The results weren’t surprising:

There was no “for sale” sign on the property last week, and no 911 calls made from the property between July 31, when The Post’s story first appeared, and this week, according to the North Brunswick police, who responded to a Freedom of Information request submitted by The Post.

As previously reported, King and fellow BLM leader Patrisse Cullors have built their reputations and wealth as champions for poor minorities.  Now King is doing a poor job of claiming that status for himself.