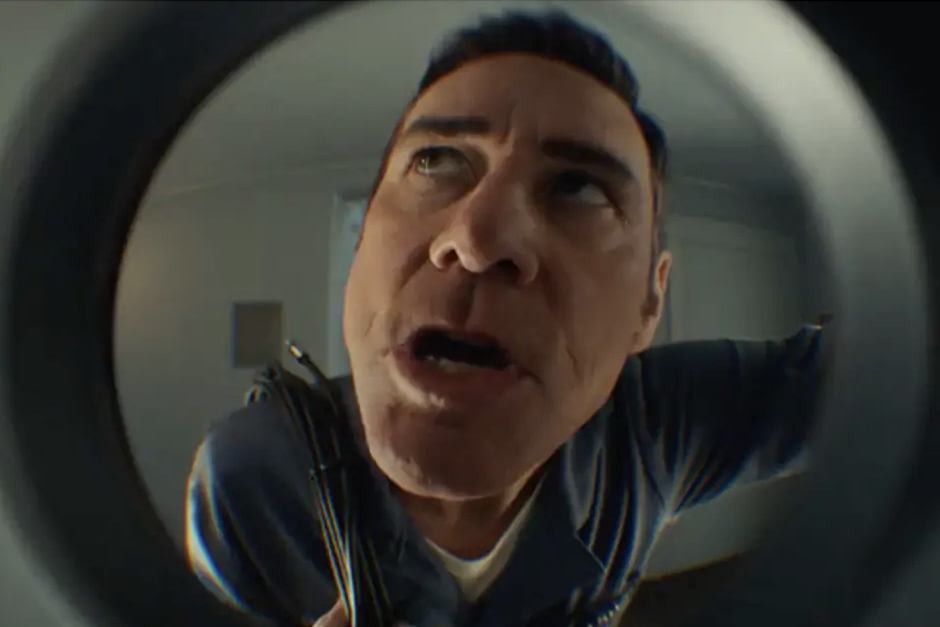 Who thought this was a good idea?

For what will be its highest-profile advertisement of the year – on the Super Bowl broadcast – Verizon decided to have comedic actor Jim Carrey reprise his role from the 1996 dark comedy “The Cable Guy” to promote its new 5G wireless service.

“Something big is almost here! Your internet will never be the same,” Verizon wrote in a tweet on Tuesday with a 10-second teaser…

In the teaser clip, the camera view is zooming towards an apartment door from the inside. Someone is repeatedly ringing the buzzer and banging on the door. A woman goes over to the peephole and looks out to see who is causing all that commotion.

“Cable Guy!” the 60-year-old Jim Carrey yells as he comes into view through the peephole.

Unfortunately Carrey, to most Americans, is no longer the lovable goofball of the “Ace Ventura” films or “The Truman Show.” During the Trump administration he revealed a second career as a crass painter of brutal, disgusting depictions of the former president and his family.

Carrey is far better known these days for his Trumpworld-hate than he is for his old movies.

This is who Verizon and Chairman/CEO Hans Vestberg decided should promote its powerful new wireless service, on the day of the biggest sporting event of the year – one which is intended to bring Americans together for fun and to forget the troubles of the world for a few hours.