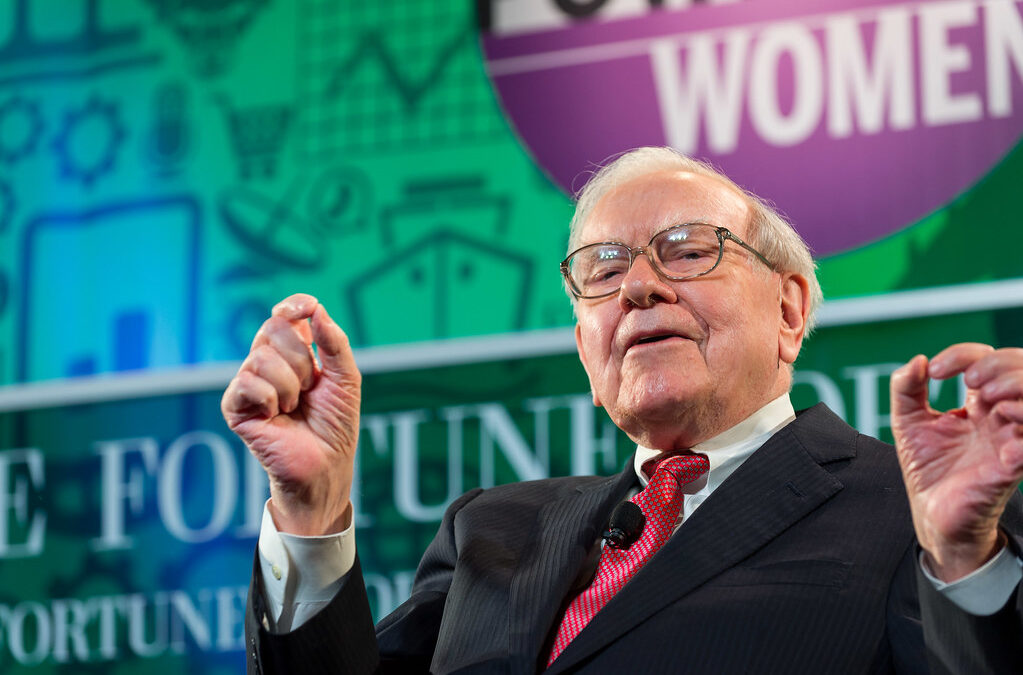 Peter Flaherty, Chairman of the National Legal and Policy Center, will today present a shareholder proposal to separate the roles of Chairman and CEO at the Berkshire Hathaway annual meeting in Omaha.

Both positions are held by Warren Buffett (pictured above). Here is the complete text of Flaherty’s planned remarks:

I am Peter Flaherty, Chairman of the National Legal and Policy Center. Our mission is to promote ethics in public life. Toward that end, we sponsor the Corporate Integrity Project.

Our proposal would separate the roles of Chairman and CEO. I’d take it one step further and suggest that Berkshire remove itself from corporate America’s assault on American institutions and culture.

I am proud to say that I am a capitalist, but it is obvious to me be that capitalism is failing to deliver for the American people.

Is this meeting Woodstock for capitalists, or is it Altamont?

Real wages have been falling for years. Wealth disparity has never been greater. And right outside my hotel window here in Omaha is a homeless encampment, an all-too-familiar sight in American cities.

We don’t have a free economy; we have bailout capitalism. When small businesses lose money, they go out of business, but when billionaires bet wrong, government steps in to save their fortunes.

Money printing by the Federal Reserve and irresponsible, debt-fueled spending by politicians — called fiscal stimulus — have artificially inflated asset values. So those with the most assets benefit the most.

But even worse than the wealth gap is the values gap.

The top 1% now seek to impose their corrupt morality upon the rest of us, whether it is in the form of Critical Race Theory, transgenderism, or the myriad of other “woke” causes that permeate corporate advertising and messaging.

Why has corporate America embraced both economic and cultural radicalism?

It’s pretty simple. When you have so much money, your fortune is going to come under scrutiny. The best way to insulate yourself and keep anti-business activists off your back is to embrace their causes, even if in the process you undermine the system that produces your wealth.

That is what allows Mr. Buffett to advocate higher taxes, even though everyone knows they will fall mainly on the middle class, or bankroll the likes of Hillary Clinton.

The Federal Reserve has offered free money to corporate America for over a decade now, creating a class of oligarchs, and greatly enhancing corporate political power. Executives now believe they can tell elected governors and legislators what to do, as we have seen in Indiana, Georgia, Texas and Florida.

Despite being Coke’s most celebrated shareholder, Warren Buffett has done nothing about Quincey. In fact, Mr. Buffett jumped on the “America is racist” bandwagon by signing a statement by corporate leaders suggesting that Republicans seek to restrict ballot access based on race.

All this did not prevent Coke from sponsoring the Winter Olympics in China, which has never had a free election, and where minority communities are the victims of genocidal policies.

And what about Apple?

A large part of Apple’s supply chain is in China. The company removes apps from the app store at the request of the Chinese government because they are used by human rights activists. And of course, Apple is the world’s most successful corporate-tax minimizer, famous for routing profits through offshore tax shelters.

Over at American Express, the company instituted an “Anti-Racist Initiative” for employees that teaches that capitalism is fundamentally racist and requires workers to engage in an exercise to determine whether they are “oppressor” or “oppressed.”

Activism by “woke” CEOs may be reaching its limits. The people of Florida are fighting back against Disney’s Robert Chapek, who not only embraces the view that gender is a form of oppression, but that kindergarteners must be forced to confront it.

Mr. Buffett has praised the brand endurance of Disney’s characters and the trust parents place in its content to be safe and appropriate for children.

But now the company is adding warnings to Dumbo, Peter Pan and Aladdin about the stereotypes they allegedly portray. And poor Prince Charming has been excised for kissing Snow White “without consent.”

Warren Buffett has yet to address the crisis gripping corporate America, and I fear he never will. Yes, Berkshire may be a holding company, and Mr. Buffett may stay out of the way of managers, but what happens when these executives use their companies to wage a social revolution that most Americans don’t want? Is he not responsible? He can’t have it both ways.

In this country, wealth has been admired and even celebrated because our system allows anyone to become rich. But what happens when Americans suddenly find their history and future under attack by Corporate America? The social contract that permits for such affluence will be broken.

Mr. Buffett, if you are the face of capitalism, why don’t you do something to save it?

You can view Berkshire Hathaway’s opposition to our resolution in its 2022 proxy statement here.

You can find links to previous coverage of our resolution here.