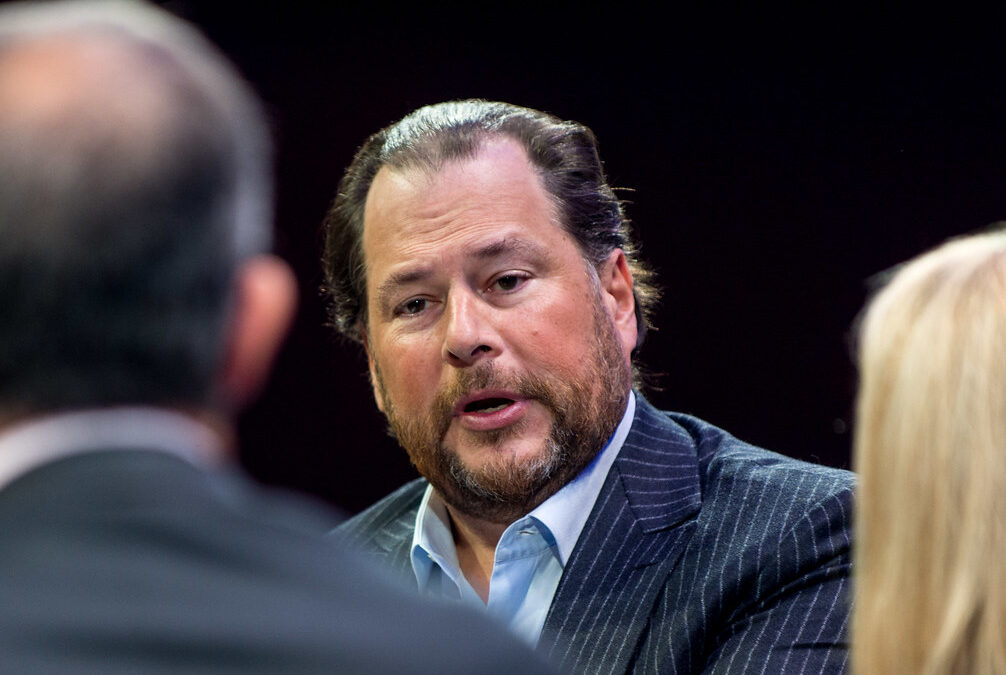 On Thursday, National Legal and Policy Center presented a resolution at Salesforce, Inc.’s annual shareholder meeting that would require the board to implement a policy to require the chair of the board of directors to be an independent member from the CEO.

Marc Benioff (pictured above) currently serves as both Chairman and co-CEO of the company.

The company’s board of directors opposed our proposal, as explained on pages 87-88 in its proxy statement.

Salesforce’s Chairman and CEO roles should be separated for good governance practice, but also in order to rein in the unaccountable Marc Benioff, who uses the company as his own personal political advocacy tool, and has for many years.

There is ZERO evidence that anyone tries to rein him in.

All indicators are that this board of directors is a facade – all for show, with no meaningful accountability for Mr. Benioff.

There is seemingly no progressive cause that he isn’t willing to throw his considerable corporate weight behind, without consequence to him.

I’m sure if he had to answer to a board that cared at all about the company’s reputation, instead of rubber-stamping Mr. Benioff’s political views, he wouldn’t be so bold.

He has famously meddled in religious conscious and personal liberty issues in states like Indiana, North Carolina, and Georgia.

He issues economic threats when he does so.

He has vocally opposed pro-life laws in Georgia and Texas.

He is strident and arrogant with his advocacy.

He has zero respect for religious liberty or the U.S. constitution – showing utter disdain for the First, Second and Tenth Amendments, among other American governing principles.

Then there’s his personal integrity, or lack thereof.

Yet he perpetuates the fraud that Salesforce, whose big service is cloud computing on massive, power-eating server farms, is at “100-percent renewable energy” in its operations.

If that was true, instead of the accounting and carbon indulgence shell game that it actually is, then Salesforce would be bankrupt.

And of course, like every other cowardly Big-Tech CEO, he says nothing about China’s genocide and human rights abuses.

Back home in the U.S., while he advocates for the little people to curtail their fossil fuel use as they pay $6 dollars a gallon for gasoline, he travels in his own personal jet, for which Salesforce reimbursed him $834,000 dollars during the past year for alleged “business use.”

Did that include the Davos trip, Mr. Benioff?

The company also covered for the cost of his personal security to the tune of more than $1.4 million dollars this past year.

Certainly this amount of security includes arming your protection with semiautomatic weapons.

Yet Mr. Benioff banned companies that sell such guns from using Salesforce products.

He also wants a ban on the popular defense weapon, the AR-15, which is among the country’s best-sellers for law-abiding citizens who look to protect themselves and their families.

Again, Salesforce takes care of the hypocrite Benioff, while the little people must fend for themselves.