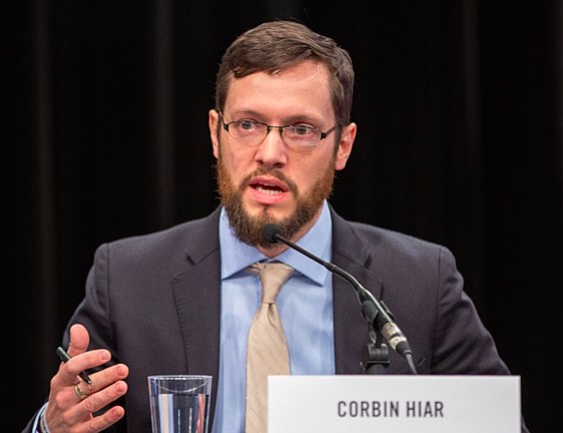 Hiar claimed that Chesser “suggest(ed) that President Joe Biden’s election victory was illegitimate.” Chesser did no such thing. Instead, he said that the election process was “rigged,” due to the “Zuck Bucks” phenomena, much like the Meta shareholder vote where Mark Zuckerberg controls 57% of the vote.

Complaints that Zuckerberg’s $400 million was distributed selectively to “nonpartisan” election officials, and that the money unfairly impacted the election, is hardly an outlier, as several states have passed legislation to ban the practice.

NLPC does not work on the election integrity issue. We have never questioned the 2020 election result.

Here’s what Hiar wrote in an article published June 10:

Yet Paul Chesser, the director of NLPC’s new Corporate Integrity Project, likely didn’t help his case when he used his brief speaking slot at Meta’s annual meeting to promote climate and vaccine misinformation and suggest that President Joe Biden’s election victory was illegitimate.

“I’d ask you to vote in favor of our resolution, but there’s really no point,” Chesser concluded. “Like 2020, this election is rigged.”

Hiar then sought to refute a position that NLPC did not take:

That view stands in contrast to reality. In December 2020, then-President Trump’s former top election security official called that year’s election “the most secure in U.S. history.” Since then, post-election audits have failed to turn up enough potentially fraudulent votes to put in doubt Biden’s victory.

Here is what Chesser actually said:

Speaking of bucks, he came up with a whole new currency in 2020 – called “Zuck Bucks.”

He distributed upwards of $400 million dollars-worth through NGOs run by his radical veteran Obama administration pals, predominantly to get-out-the-vote operations in heavily Democratic districts in 2020, under cover of COVID.

Voila! 81 million votes for Joe Biden, who drew lots of social distancing circles at his campaign events, but no crowds.

I’d ask you to vote in favor of our resolution, but there’s really no point.

The misleading parts of Corbin’s report were repeated by Debra Kahn in The Long Game, which describes itself as “a newsletter from Politico for leaders building a sustainable future.” Both E&E and The Long Game are owned by Politico.