Peter Flaherty, chairman of National Legal and Policy Center, presented the organization's shareholder proposal to separate the roles of chairman and CEO at the annual meeting of...
Read More

Peter Flaherty, Chairman of the National Legal and Policy Center, will today present a shareholder proposal to separate the roles of Chairman and CEO at the Berkshire Hathaway...
Read More

West Virginia Treasurer Riley Moore (pictured above) on Wednesday called on Unilever to end the boycott against Israel currently being conducted by its subsidiary Ben &...
Read More

This morning National Legal and Policy Center presented a resolution at The Boeing Company’s annual shareholder meeting that would require greater transparency and itemization by...
Read More 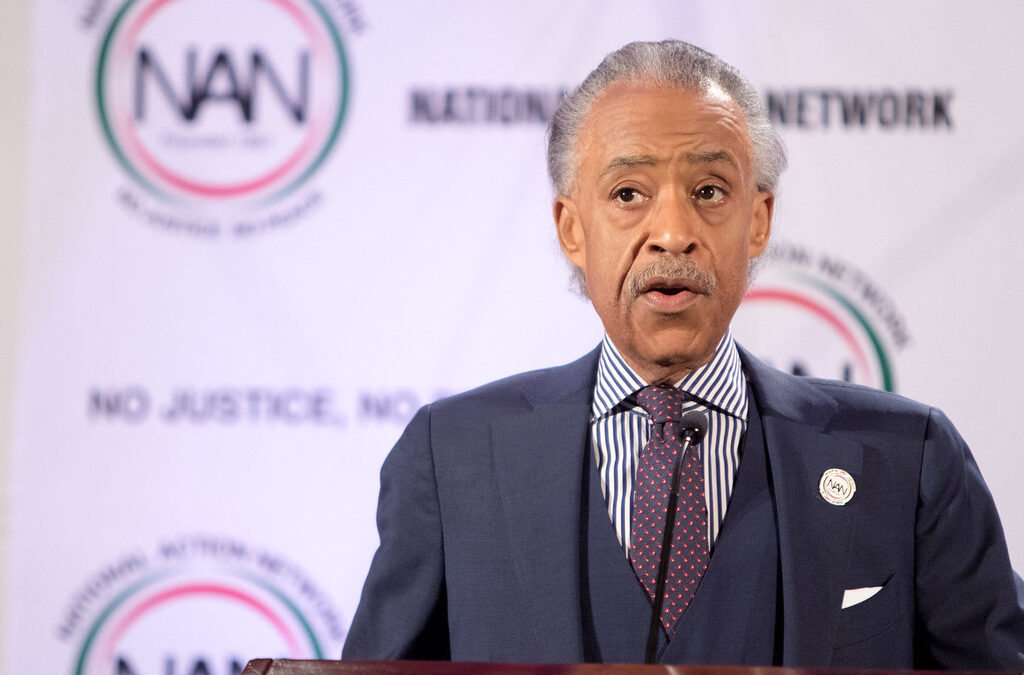 This morning National Legal and Policy Center presented a resolution at Colgate-Palmolive Company’s annual shareholder meeting that would require greater transparency and itemization by the company about its charitable donations.

Through our research in support of our resolution, we discovered the health and hygiene multinational corporation is funding Rev. Al Sharpton‘s National Action Network, which he founded and where he still serves as president. The company announced the donations during the summer of riots in June 2020, as part of a $4-million commitment over two years “to Black and African American communities, while we also continue active support for programs that advance women, Latinxs, Asians, LGBTQ+, veterans and people with disabilities.”

As NLPC wrote about Sharpton and NAN in 2016:

Why are corporations bankrolling NAN? How are their interests being served? The answer: Their interests aren’t being served, certainly not in the long run. Buying off one’s accusers to ward off a boycott, a negative public relations campaign or a spurious anti-discrimination lawsuit is not a reason to donate. Such capitulation merely invites more shakedowns later on. Al Sharpton and his top aides aren’t about to change their views or their sense of mission.

Colgate-Palmolive’s board of directors, led by Chairman and CEO Noel Wallace, opposed NLPC’S resolution, as explained in its proxy statement.

Speaking as sponsor of the resolution was Paul Chesser, director of NLPC’s Corporate Integrity Project. A transcript of his three-minute remarks follow:

In discussions with various corporations, we find that they all hate to disclose the details of their charitable activities.

Colgate-Palmolive is another such example.

In June 2020, during the nationwide riots following the death of George Floyd, company Chairman and CEO Noel Wallace told employees that “Colgate People treat one another with respect and dignity”, and that they are not like “the world outside Colgate,” which he said is “very different.”

The elitist-sounding implication of this is that this global corporation of tens of thousands of employees is immune to the societal ills outside the company walls.

Now I’m sure Mr. Wallace is an otherwise nice fellow and had the best of intentions, but when you have the powerful positions of both Chairman AND CEO, sometimes you get too isolated from the real world.

You start to think you’re better than everyone else, and that your kingdom can’t be infected by the great unwashed.

And it can cloud your judgment when it comes to things like which charities you support.

At the time of Mr. Wallace’s statement, Colgate also announced an “accelerated” effort to become a more diverse, equitable and inclusive company.

Why such an acceleration was needed when things are so hunky-dory with so-called “Colgate People,” I’m not sure.

Nonetheless, Mr. Wallace pledged $4 million dollars of Colgate’s resources to support programs for – among other categories – Blacks, Latin-Xes, and LGBTQ-plusses.

And according to the company’s website, some of that $4 million dollars went to buy off race-hustler Al Sharpton (pictured above).

Somehow that detail was buried deep, without identifying Sharpton, in Colgate’s vague Sustainability Report, where the company tells shareholders what they are allowed to know about its charitable donations.

Clearly this detail would be of interest to many of the company’s shareholders – but the company doesn’t want you to see it.

Nonetheless, we call upon Colgate to defund the divisive, race-baiting Reverend Al, regardless of the amount.

This is just fraudulent. The only way companies pretend to do this is by buying emissions indulgences that they claim offset the fossil fuels they burn. It’s a scam.

Colgate is certainly also involved charitably with these kinds of initiatives as well, but they won’t tell us to what degree and with whom.

So it’s time for Colgate to abandon “wokeism,” and to be more transparent about its charity.

Please vote for Resolution number 5 on the proxy statement.

You can listen to Chesser’s remarks as delivered at the Colgate-Palmolive annual meeting here.

View the text of NLPC’s shareholder resolution for the Colgate-Palmolive meeting here.