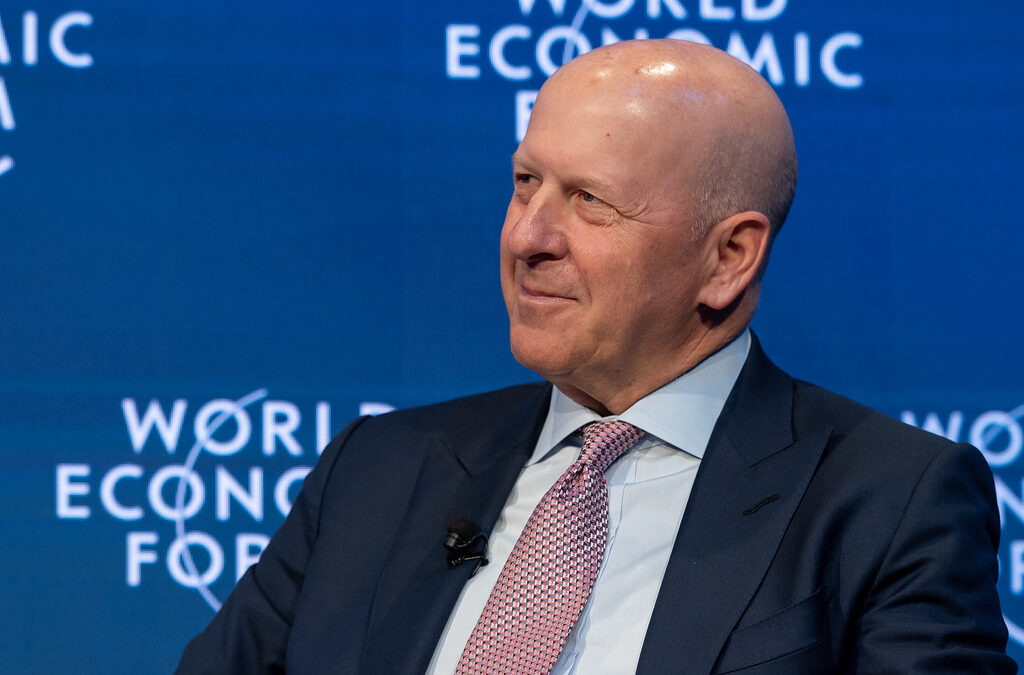 This morning Paul Kamenar, Counsel to the National Legal and Policy Center, delivered a statement in support of our shareholder proposal to separate the roles of Chairman and CEO at the annual shareholder meeting for Goldman Sachs.

Both posts are currently held by David Solomon (pictured above).

At the World Economic Forum in Davos last year, Mr. Solomon proclaimed that Goldman would not take companies public unless they had at least one “diverse” board member.

As NLPC pointed out last year in a public comment to the Securities and Exchange Commission, such board “diversity” requirements violate the Constitution’s equal protection clause as well as statutory provisions prohibiting discrimination.

When it comes to public policy issues, I can’t think of a company that is less diverse. Goldman jumps on every cause that is advanced by the “woke” activists…

…Ordinary people face sky-high gas prices. Why are they going up?

Because Goldman Sachs and all the other financial institutions were stampeded into the war on fossil fuels.  But now starving oil and gas producers of capital doesn’t look so good.

Even before Russia invaded Ukraine, the world was on the verge of an energy crisis brought about by First World activists. The result will be food shortages and social unrest in poor countries.

Now the folly of the West’s dependence on Russia for energy is obvious. Will Mr. Solomon ramble on about sustainability and ESG, or will he allow the free market to operate and help our country to re-achieve energy security?

At the very least, he should stop taking trips on private jets provided by Goldman shareholders. Come to think of it, shouldn’t he cut out private jet travel completely if he believes what he says about the threat of climate change?…

Goldman is very proud of its new partnership in a wealth management venture with the Industrial & Commercial Bank of China. This bank is a state-owned enterprise, with capital provided by the Ministry of Finance of China. So Goldman doesn’t just do business in China, it also partners with the Communist Chinese government…

Let’s hope that China’s pledge of “limitless friendship” with Russia is not fulfilled, and that it does not invade Taiwan. Maybe if there were more viewpoints in the Goldman executive suite, someone would question whether this partnership with mass murderers is a good idea.

Activism by “woke” CEOs may be reaching its limits, as Disney CEO Robert Chapek is finding out the hard way. Goldman bankrolls the groups that claim gender is a form of oppression, and that kindergarteners must be forced to confront it against their parent’s wishes.

Public opinion polls show dissatisfaction with big corporations is at an all-time high. Goldman may consider itself too big and powerful to be affected by public wrath. But I warn you that something is brewing out there. Corporate America has placed itself at odds with the economic and cultural interests of the American people.

Maybe it’s time for some diversity of thought at Goldman Sachs.

Our presentation is part of our Corporate Integrity Project.