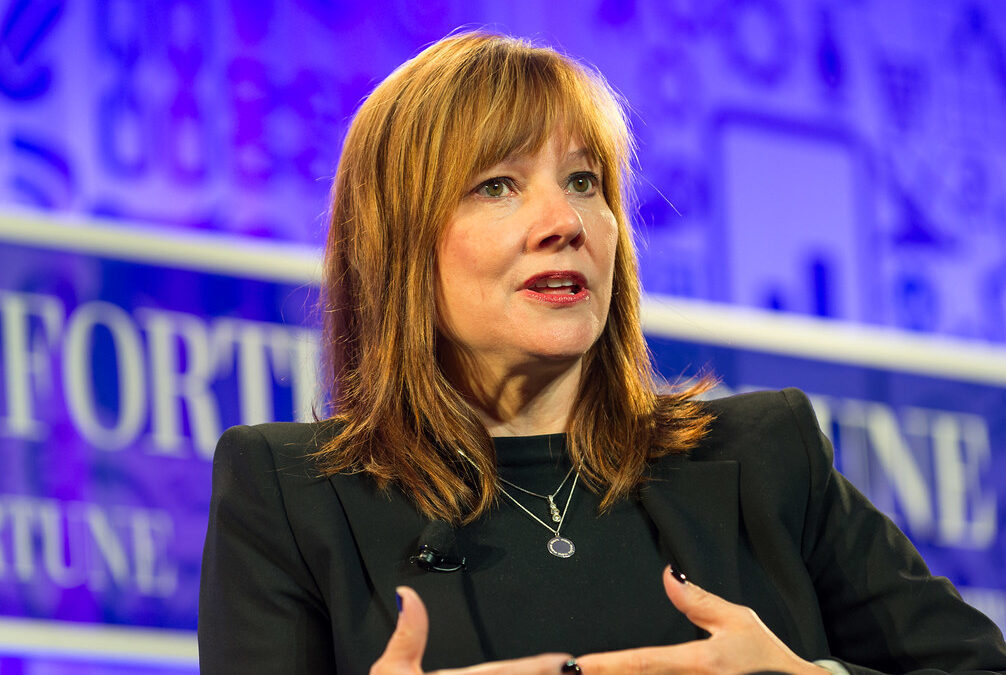 On Monday, National Legal and Policy Center presented a resolution at General Motors Company’s annual meeting that would have required the company to report to shareholders the degree to which its business – which has become heavily dependent on rare earth metals mining for its electric vehicle production – is dependent on child slave labor.

GM chairwoman and CEO Mary Barra, pictured above, presided over the meeting.

The company’s board of directors opposed our proposal, as explained on pages 90-91 in its proxy statement.

I, and my organization, have questioned the wisdom of General Motors’ aggressive pursuit of electric vehicles since the early 2010s, when Chevrolet introduced the nonviable, electric Volt.

Even with the benefit of millions of dollars in taxpayer subsidies, Chevy could not make the Volt popular.

Now there is renewed fanaticism for electric vehicles from corporate management, the corporate media, and the failed Biden administration.

But EVs are no more viable now than they were ten years ago, despite the appearance.

The only reason they have incrementally gained any popularity is because of the Biden administration’s attacks on the oil and gas industry.

Any product can gain popularity when the government inflicts blow after blow against its primary competition.

As a viral video from ten years ago stated, “If I wanted America to fail…I’d make cheap energy expensive, so that expensive energy would seem cheap.”

Government is also making this happen by delivering millions of dollars in subsidies for EV charging infrastructure and battery manufacturing, among other market distortions.

Americans are furious with this policy, especially every time they refill at the gas pump.

Whether you acknowledge it or not, GM is complicit in this disastrous policy that this unpopular administration dismisses as an energy “transition.”

You know, the way they dismissed our current inflation woes as “transitory” just a few months ago?

Just as the administration and the Fed missed the obvious telltale signs of a longer-term problem, so also is GM’s leadership missing the big picture on EVs, in exchange for a short-term benefit, which will come at the expense of shareholders.

In fact, you will likely see great hostility towards this so-called energy “transition.”

GM may get away with some minimal benefit now, but what you may gain in short-term market share, your propaganda will lose long-term.

For example, regarding our shareholder resolution, GM loses the moral high ground on EVs because their components are heavily dependent on metals mined in Third-World countries, many of which are owned or controlled by the communist Chinese, who are among the worst abusers of human rights.

Our resolution seeks transparency about GM’s supply chain for eliminating the possibility that child labor is used in mining these metals that are needed for EVs.

GM’s response in the proxy is less-than-assuring, by citing things like “codes of conduct,” “statements,” “policies,” and “standards” that suppliers are allegedly required to sign on to.

Sorry, but hiding behind bureaucratic jargon is no substitute for first-hand scrutiny and accountability about your supply chain.

We urge shareholders to vote for GM to produce more meaningful and transparent information about how its vulnerable supply chain operates.