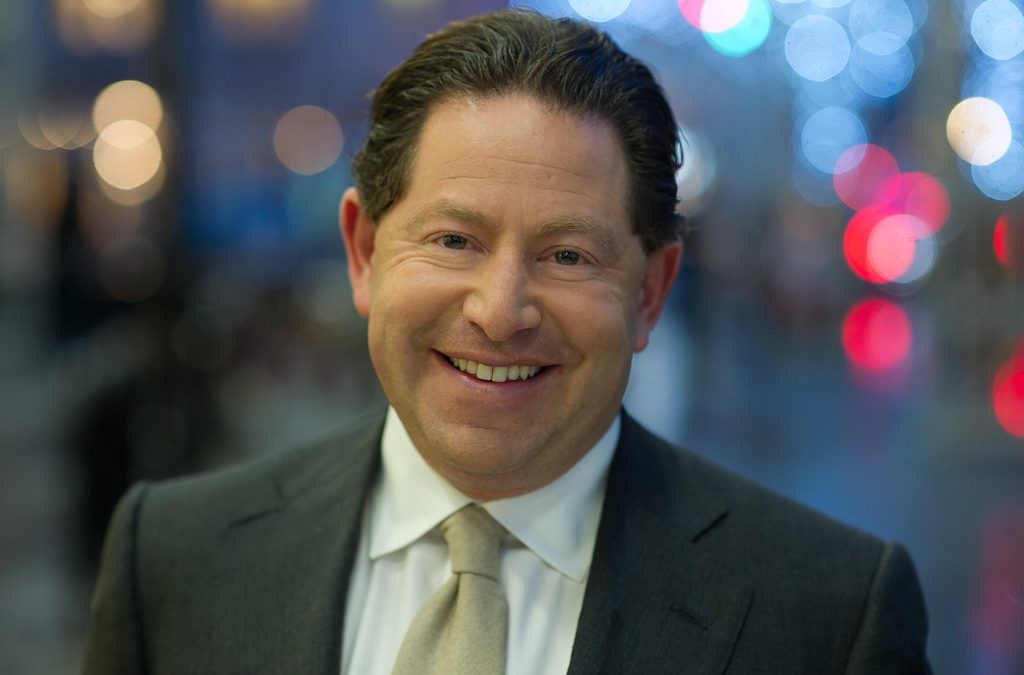 National Legal and Policy Center, a Coca-Cola shareholder, is asking Coca-Cola Chairman and CEO James Quincey to seek the removal of Bobby Kotick (pictured above) from the company’s board. Kotick is the CEO of Activision Blizzard, Inc., and is embroiled in a sexual harassment scandal.

Mr. Quincey, you have not hesitated to involve the Company in controversial public policy issues, even when significant portions of our customers, shareholders and business partners have disagreed with your views.

For instance, you made misinformed and inflammatory allegations about the Georgia governor and legislature for passing the state’s Election Integrity Act of 2021. You called the new law “unacceptable.”

Sexual harassment in the workplace is unacceptable. There exists no constituency in favor of sexual harassment, except perhaps among corporate executives who cover for each other. 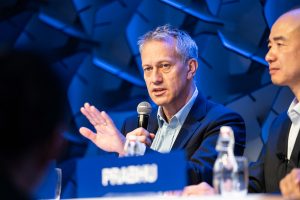 We write to request that you immediately seek the resignation of Robert A. “Bobby” Kotick from his directorship on the Board of The Coca-Cola Company, and that he be removed from consideration as a director candidate for reappointment at the 2022 Annual Meeting of Shareowners. Should Mr. Kotick refuse to voluntarily leave his directorship, we request that you call a special meeting of the directors to remove him.

National Legal and Policy Center promotes ethics in public life, sponsors the Corporate Integrity Project, and is a shareholder in The Coca-Cola Company. We are sponsoring a resolution for the 2022 Annual Shareowners Meeting to implement a policy to make the Board chairman a separate role from the CEO.

In recent months (and even years) it has come to light that Mr. Kotick, as Chief Executive Officer of Activision Blizzard, Inc., has led his company in a manner that calls into question his judgment, character, and transparency with his company’s board of directors.

On Nov. 16, 2021 the Wall Street Journal published an extensive report about years of misconduct – and even alleged crimes – that occurred at Activision Blizzard under Mr. Kotick’s oversight, in which he was credibly accused of downplaying, ignoring, and/or covering up illicit behavior. The article followed revelations from earlier in the year which reported investigations of Activision Blizzard, and of Mr. Kotick’s role, by the U.S. Securities and Exchange Commission and by the California Dept. of Fair Employment and Housing.

The Journal’s November article cites internal company sources, documents, communications, and interviews with former employees and those close to the company, as the basis for its reporting. The newspaper reported:

They show that [Mr. Kotick] knew about allegations of employee misconduct in many parts of the company. He didn’t inform the board of directors about everything he knew, the interviews and documents show, even after regulators began investigating the incidents in 2018. Some departing employees who were accused of misconduct were praised on the way out, while their co-workers were asked to remain silent about the matters.

The Journal added that a California Dept. of Fair Employment and Housing lawsuit alleges that “the company ignored numerous complaints by female employees of harassment, discrimination and retaliation, citing what it called its ‘frat boy’ culture.”

The allegations of sexual misconduct within the company include an accusation of rape by a female employee against a supervisor. In another incident, an employee reportedly took her life after a photo of her genitals was circulated at a company party. And just two months ago, after only a month in her new leadership position, longtime employee Jennifer Oneal resigned and told a member of the company’s legal team that “I have been tokenized, marginalized, and discriminated against.”

Activision Blizzard in recent months has seen several top executives and design talents depart. Mr. Kotick appears to have lost the trust and support of a significant percentage of his employees as well, as many staged a walkout in July to show their disgust over the company’s response to the sexual misconduct allegations. Following the Journal’s November report, employees staged another walkout, and more than 1,800 (up from 800 in mid-November) workers have signed a petition calling for Mr. Kotick’s resignation.

Influential groups of investors in Activision Blizzard also have called for Mr. Kotick’s resignation. The Wall Street Journal reported on November 22 that Mr. Kotick has told his senior managers at the company that he would consider leaving the company if the “culture problems” aren’t corrected “with speed.”

Mr. Kotick’s leadership at Activision Blizzard is clearly under siege and with good reason. At best, he has major problems at his own corporation that need his full attention. At worst, he is partially – if not fully – culpable for the working environment that had been established at first Activision, then Activision Blizzard, during his 30-year tenure.

In contrast, The Coca-Cola Company in the recent past has boasted about how it enables and empowers women entrepreneurs. And the company’s “Equal Opportunity and Affirmative Action Policy” explicitly prohibits harassment, intimidation, retaliation, threats, and coercion on the basis of several factors, including gender.

Mr. Quincey, you have not hesitated to involve the Company in controversial public policy issues, even when significant portions of our customers, shareholders and business partners have disagreed with your views.

For instance, you made misinformed and inflammatory allegations about the Georgia governor and legislature for passing the state’s Election Integrity Act of 2021. You called the new law “unacceptable.”

Sexual harassment in the workplace is unacceptable. There exists no constituency in favor of sexual harassment, except perhaps among corporate executives who cover for each other.

It is time for you to confront Bobby Kotick’s continued membership on the Coca-Cola board.

Under your leadership, the Coca-Cola brand has been diminished as you have criticized this country and its institutions, all while remaining silent about genocide in China and human rights abuses in dozens of nations where Coca-Cola products are sold.

Your hypocrisy has not gone unnoticed. Virtue-signaling and pandering to the loudest political activists is not a replacement for real leadership.

Here is an opportunity to do the right thing. Mr. Kotick’s continued membership on the Coca-Cola board is unacceptable. It is time for you to act.