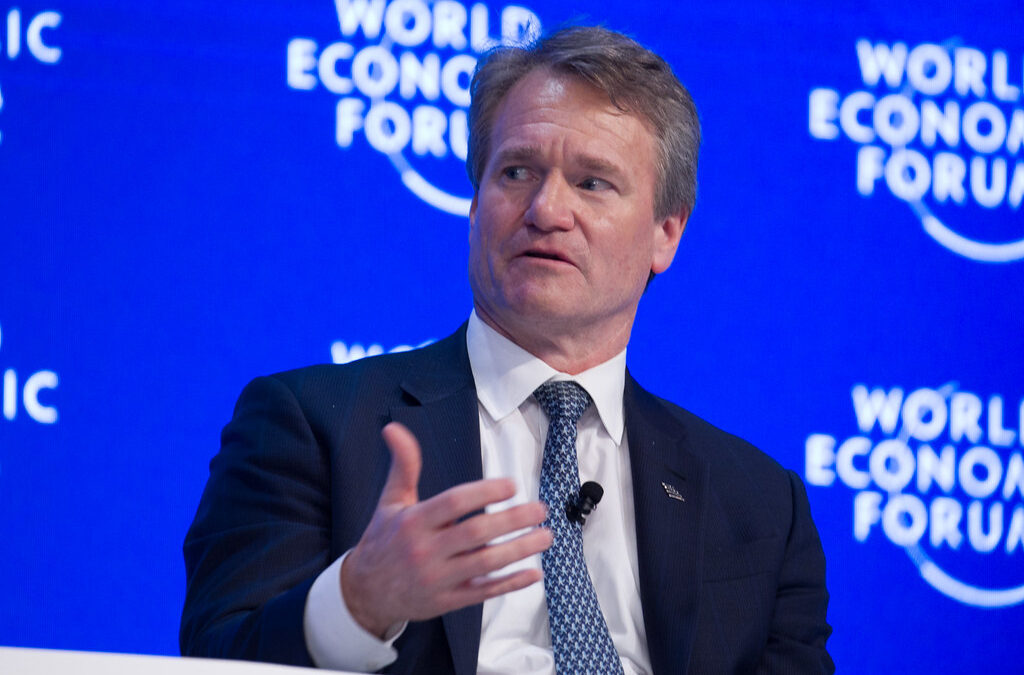 Today National Legal and Policy Center presented shareholder proposals at the annual meetings held by Bank of America and Wells Fargo. Both proposals sought greater transparency and itemization by the two banks about their charitable donations, to be disclosed on their respective Web sites, which neither corporation does with any user-friendly specificity.

Each bank maintains its own in-house charitable foundation with which the majority of their hundreds of millions of dollars in annual donations are dispersed.

Following are excerpts from Flaherty’s remarks:

In December last year, the New York Post reported that Bank of America executives were telling younger staffers to “dress down” to avoid getting mugged on their way to work.

This is ironic because Bank of America and the Bank of America Foundation have bankrolled the very forces responsible for the current crime wave. Maybe that is why the company opposes our efforts for disclosure of its charitable giving. Much of it is not charitable at all, but political.

Following the 2020 riots, Bank of America pledged $1 billion over four years to minority-focused organizations to address alleged “systemic racism.” This allegation is the basis for defunding the police, closing prisons, and vilifying police officers.

Of course, this movement now lies in tatters…

As if Bank of America’s embrace of group-identity politics was not complete, CEO Brian Moynihan (pictured above) announced last year he would direct a million dollars to Asian advocacy groups.

Of course, the money is flowing only to left-wing Asian groups…

You would think that a capitalist institution like the Bank of America would support groups promoting capitalism and free enterprise. Instead, it bankrolls a host of anti-business activists who wage war on fossil fuels.

Even before Russia invaded Ukraine, the world was on the verge of an energy crisis caused by First World activists, the result of which can only be food shortages and social unrest in poor countries. Now that the folly of the West’s dependence on Russia for energy is plain for all to see, will Mr. Moynihan continue to prattle on about sustainability and ESG, or will he allow the free market to operate and allow our country to re-achieve energy security?

Wells Fargo opposes our resolution because the board claims in the proxy that it already provides “robust disclosures” and “extensive information” about its charitable contributions. I beg to differ.

What Wells Fargo does do is throw a bunch of information on its website, make sure it is difficult to find, and also make any useful information that there is to find, is sliced, diced, and separated so it’s difficult for users to connect information…

As for the things Wells Fargo spends its hundreds of millions of dollars in charity on under the term “Corporate Responsibility,” there are a lot of dubious causes that shareholders could question.

One of those causes is climate change, which is just Marxism dressed up as environmentalism, shifting money from viable sources of energy to nonviable ones.

And now it is causing real economic pain and harm across the planet in the form of energy prices and resultant inflation, due to the de-emphasis on fossil fuels and the subsidization of undependable, environmentally-damaging sources like wind and solar…

Another deeply disturbing recipient of Wells Fargo’s charitable support are the advocates for the radical transgender agenda promoted by extremist groups, like the Human Rights Campaign.

These radicals opposed Florida’s recently-passed law to protect children in grades three and below from being exposed to discussions about sexual topics and gender identity.

It’s a perfectly common-sense law supported by at least 70% of Floridians and a majority of Republicans, Democrats and Independents in the state.

Instead of funding this sort of extremism, Wells Fargo needs to take a hard look at the fix that Disney finds itself in, stay out of politics, and properly serve ALL its customers and shareholders…

You can view his extended remarks in support of NLPC’s Wells Fargo resolution here.