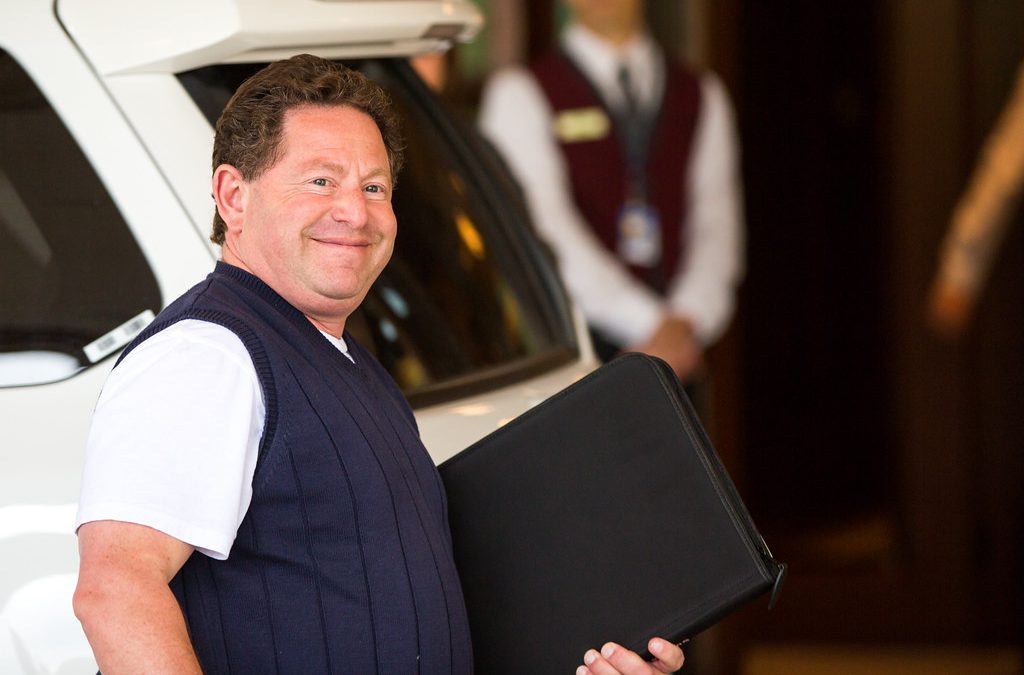 Following NLPC’s lead, a large investment group that manages union pensions has asked the board for The Coca-Cola Company to not renominate Bobby Kotick (pictured above) as a director next year, according to a report in the New York Times.

SOC Investment Group, which claims to oversee more than $250 billion in union retirement dollars, had previously demanded Kotick’s resignation as CEO of Activision Blizzard, which he has led in various permutations since the early 1990s. Kotick is under fire following several media reports that he tolerated pervasive sexual harassment and oversaw a “frat boy culture” at the gaming company he leads.

From the Times‘ story:

SOC is focusing on Coca-Cola because of its public commitments to diversity and inclusion.

“We don’t think he’s an adequate person to serve as a director,” Richard Clayton, SOC’s research director, told [the Times].

It is the latest effort to hold the beverage company to its stated commitment to social justice; the National Legal and Policy Center also cited the company’s willingness to speak out on social issues when it demanded Mr. Kotick’s resignation from the board last month.

Mr. Clayton said that although Coca-Cola wasn’t necessarily a leader in corporate America on pushing for social justice, it wasn’t a laggard either. (To give it another reason not to renominate Mr. Kotick, SOC will also tell Coca-Cola that he should instead focus on fixing Activision’s culture.)

If Coca-Cola doesn’t reject Mr. Kotick, SOC will oppose the re-election of several directors. “Should the Coke board renominate Kotick, that would tell us about a lack of commitment” to those social goals, Mr. Clayton said.

SOC’s move comes nine days after NLPC’s letter to Coca-Cola’s board demanding Kotick’s removal and requesting he not be renominated. NLPC notified SOC and other activist investors, who had been pressuring Activision and Kotick, about its letter to Coca-Cola on Nov. 30th, the day it was sent.

Several of SOC’s demands echo those of NLPC, which is also a shareholder in Coca-Cola. Like NLPC stated in its letter over a week ago, SOC notes Kotick’s lack of suitability to serve as a director for Coke; that he needs to focus his attention on the cultural crisis at Activision and therefore cannot commit the time needed to properly address his Coke responsibilities; that several hundred Activision employees have lost faith in his leadership and demand his resignation; and that his ethical shortcomings “contravene” Coca-Cola’s stated goals of promoting diversity in the workplace.

Kotick has been a director for Coca-Cola since 2012.

“We are glad to see SOC Investment Group follow our lead in demanding Bobby Kotick’s removal as a director for The Coca-Cola Company,” said Paul Chesser, director of NLPC’s Corporate Integrity Project. “As we stated in our letter to the board, ‘Sexual harassment in the workplace is unacceptable. There exists no constituency in favor of sexual harassment, except perhaps among corporate executives who cover for each other.’