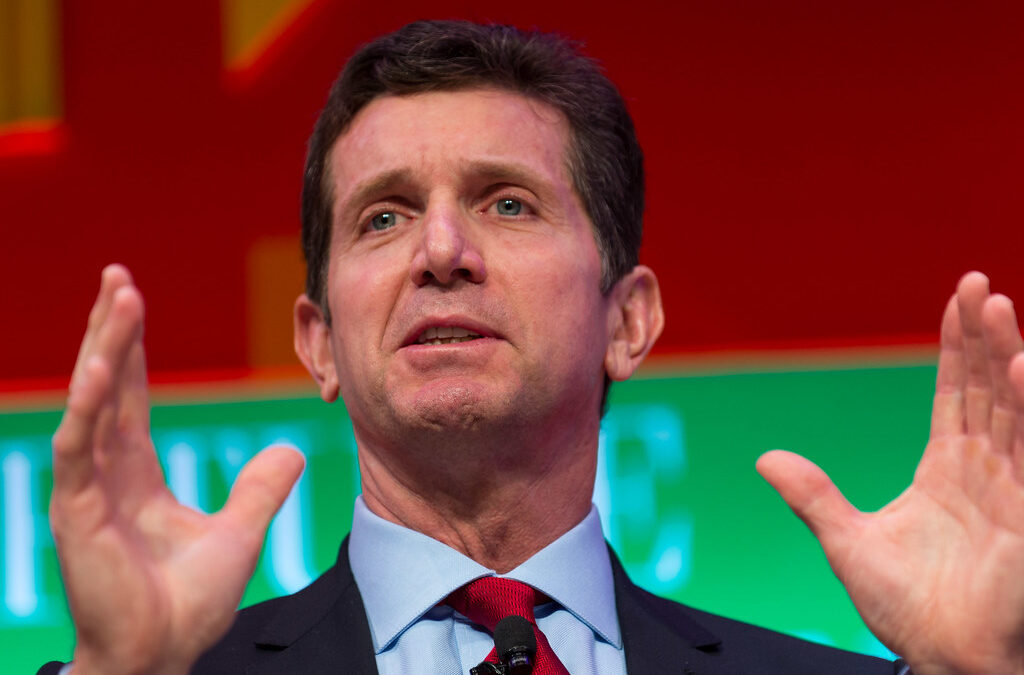 This morning National Legal and Policy Center presented a resolution at Johnson & Johnson’s annual shareholder meeting that would require greater transparency and itemization by the company about its charitable donations.

The corporation’s board of directors, led by Chairman (and until recently CEO) Alex Gorsky (pictured above), opposed our resolution, as explained in its proxy statement.

Speaking as sponsor of the resolution was Paul Chesser, director of NLPC’s Corporate Integrity Project. His two-minute remarks as delivered follow (extended remarks are linked at the end of this post):

With only two minutes to speak, extended remarks in support of our resolution will be posted on our website at nlpc.org.

In our engagement with corporations, we find that they all hate disclosing their charitable activities with any detail.

Johnson and Johnson is another such example.

We don’t understand why – imagine all the goodwill the company could engender by disclosing all the great charities it supports.

Unless there are some that it is ashamed of.

For example, the company’s executive chairman – who not long ago likened himself to Thomas Jefferson – told employees during the George Floyd riots about his realization of the “limits of my own life experience,” and how he listened to “those who have faced systemic injustice since the day they were born.”

I live in Charlotte, which like many American cities is facing a massive increase in violence and crime.

Nonetheless this is the reason Johnson and Johnson’s chairman gave for committing $10 million dollars of company resources to “fight racism and injustice in America.”

Well, do you know what the recently departed leader of Black Lives Matter – you know, the one who was caught spending millions of dollars on mansions for herself, which my organization exposed – called the motivation for such donations?

She called them “white-guilt donations.”

This is what most people would call a “scam.”

The plague of violence on our cities is largely attributable to divisive grifters like “Black Lives Matter” and the corporations that enable them.

As shareholders, we want transparency, so we can see how many scams Johnson & Johnson has donated our resources to.