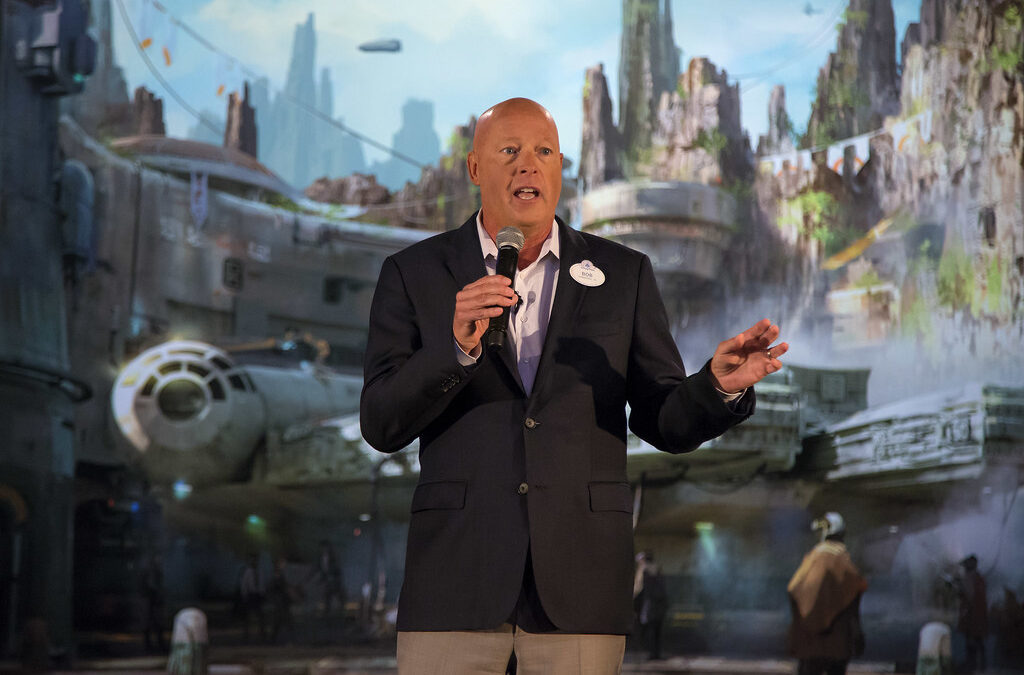 The Walt Disney Company faces a conundrum over Florida’s new anti-child grooming law, and CEO Bob Chapek (pictured above) needs to decide whether the entertainment giant is going to orient itself around the progressive politics of California or the conservatism of the Sunshine State.

The radicals in the company’s creative community, which dominate its California-based movie and video production, are driving the narrative. They are the irresistible force.

Florida Gov. Ron DeSantis, who just signed the Parental Rights in Education bill this week, has ripped Disney for its double-standard: criticizing Florida while remaining silent about the human rights atrocities inflicted by the communist Chinese government, where Disney has billions of investment dollars at stake. DeSantis is the immovable object, and said as much on “Tucker Carlson Tonight” Tuesday:

Well, this bill is about providing protections so that they know they can send their young kids to school without them being sexualized, without a school telling a young girl, for example, that she may really be a boy, and if schools are trying to do things that impact the health and well-being of the kids and they’re undertaking certain services, that parents have a right to know that and provide consent for it.

So, this is a real bill that empowers parents. It protects our kids. And for a company like Disney to say that this bill should’ve never passed, first of all, Tucker, they weren’t saying anything when this was going through the House. They only started doing this because the mob, the woke mob came after them.

But put that aside, for them to say that them, as a California-based company, are going to work to take those California values and overturn a law that was duly enacted and…supported by a strong majority of Floridians, they don’t run this state. They will never run this state as long as I’m governor.

And now, journalist Chris Rufo has received several insider videos that show mid-level Disney officials pushing an aggressive LGBT agenda – even more so in the wake of the Florida controversy.

Disney officials can be seen talking to employees at an “all-hands” meeting about the Florida bill, recently signed into law by Republican Gov. Ron DeSantis, and saying some teams at Disney have implemented an openly “gay agenda.”

In another video, Disney’s Diversity and Inclusion Manager Vivian Ware explains to employees that the company is ditching the words ladies, gentlemen, boys, and girls in its theme parks in order to not alienate transgender children…

Disney corporate president Karey Burke said in another video that she would like to see at least 50% of Disney’s characters in the future identify as LGBT or a racial minority.

This is what happens when weak, “woke” CEOs like Chapek let Twitter mobs and activist employees drive executive decision-making. He likely won’t survive, since previous Chairman and CEO Robert Iger – a renowned leftist – still hovers in the background, haunting Chapek’s every misstep.

NLPC in FoxBusiness: Did 'Woke' Cause Disney to Boot CEO Bob Chapek?November 22, 2022
As Iger Returns, Disney Must Focus on Vulnerabilities in ChinaNovember 21, 2022
NLPC in RealClearMarkets: Corporate America's Anti-Racism Programs are RacistSeptember 19, 2022