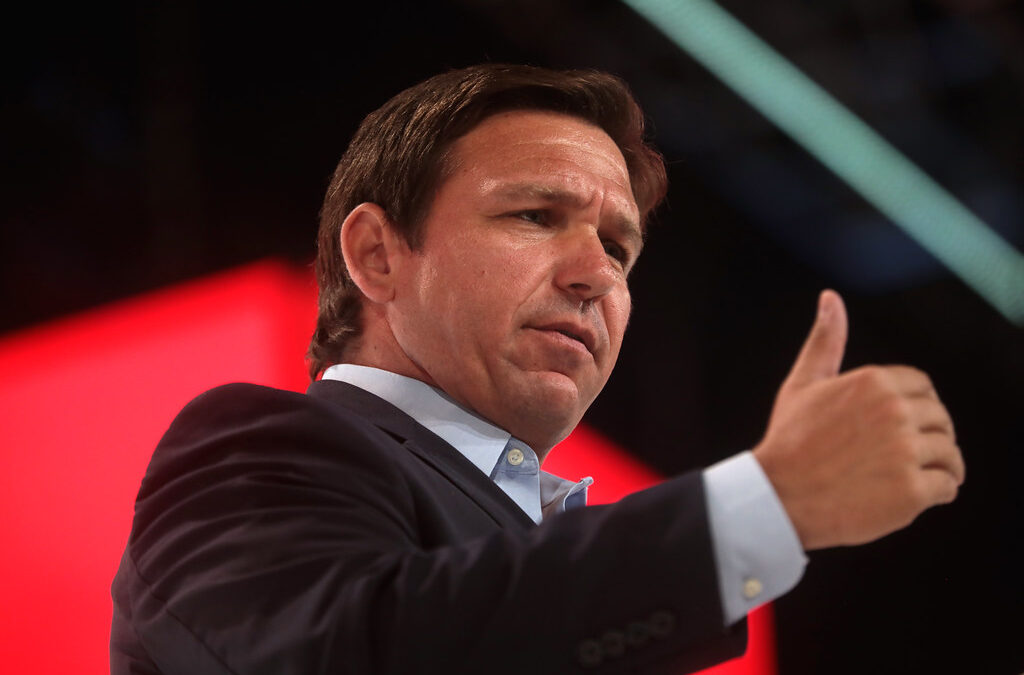 Florida Gov. Ron DeSantis, rebuking efforts to tie him to “some jackasses” engaging in a Nazi demonstration in Orlando during the weekend, cited his stand against Ben & Jerry’s as part of his extensive record opposing anti-Semitism.

In a Palm Beach County press conference Monday, the governor called attention to his actions against companies – including Ben & Jerry’s – that supported the anti-Semitic Boycott, Divestment and Sanctions movement.

From the Tampa Free Press:

“These Democrats…are trying to use this as some type of political issue to try to smear me as if I had something to do with that,” said DeSantis. “We’re not playing their game…

“I’m not going to have people try to smear me, that belong to a political party that has elevated anti-Semites to the halls of Congress, like Ilhan Omar, that have played footsie with the BDS movement…”

In a letter sent to Ash Williams, the Executive Director of the State Board of Administration of Florida, DeSantis said, “It has come to my attention that Ben & Jerry’s has announced plans to remove its products and prohibit the sale of its ice cream in Judea and Samaria. These actions taken by Ben & Jerry’s fall squarely within the prohibited activities defined by Section 215.4725(1)(a), Florida Statutes. Ben & Jerry’s is a wholly-owned subsidiary of Unilever, a publicly-traded company in which Florida holds multiple investments.”

The Sunshine State stopped buying shares of Unilever in October, according to Florida Politics.