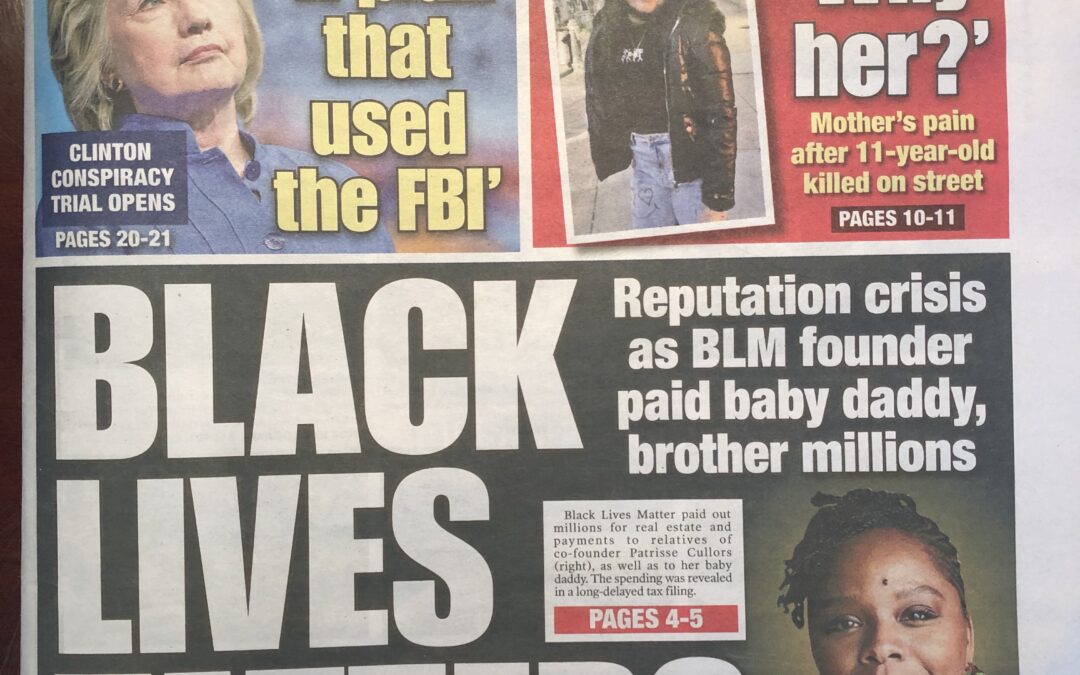 After stalling for months, Black Lives Matter Global Network Foundation (BLMGNF) filed its 2020 tax return earlier this week. It confirms that a group of insiders around co-founder Patrisse Cullors are the main beneficiary of the group’s spending.

Media attention has been extensive. The New York Post put the story on its cover yesterday. From the story by Isabel Vincent:

The filing “shows huge dollar amounts going to family members and close associates of Cullors, eclipsing money to charities like the Trayvon Martin Foundation,” said Tom Anderson, director of the Government Integrity Project at the National Legal and Policy Center, a Virginia-based watchdog group. “We now know why Patrisse Cullors stepped down.”

From the Washington Examiner, by Andrew Kerr:

“This 990 shows why Cullors could no longer lead Black Lives Matter Global Network Foundation,” Tom Anderson, the director of the Government Integrity Project at the National Legal and Policy Center watchdog group, told the Washington Examiner. “I’m sure people who donated, in some cases their rent money, to BLM didn’t expect millions of dollars going to family members and close associates of Patrisse Cullors while thousands of protests were taking place.”

Even the New York Times was forced to cover the story, although it managed to find an “expert” who asserted that Cullors and company “deserve a little grace here…”