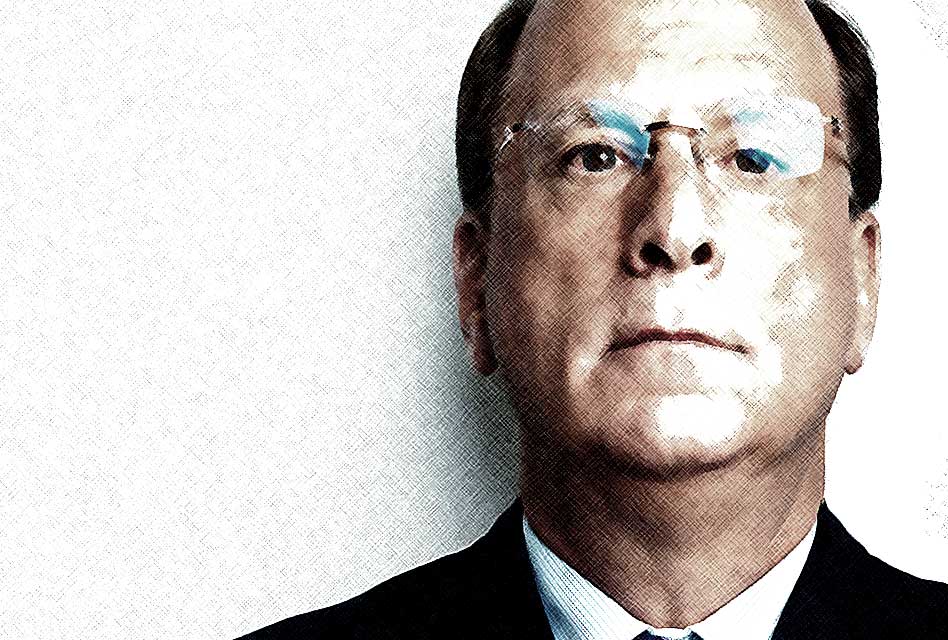 Larry Fink’s letter to CEOs, released in late January, is so 2021 – demanding fealty to a progressive agenda under threat of being ostracized and/or canceled.

Since 2018, the BlackRock chairman’s missive has become an eagerly anticipated annual pontification for Wall Street elitists and political progressives. The lifelong Democrat – who once received a “corporate citizenship” award named for Democrat racist President Woodrow Wilson – now has a new Democrat U.S. President installed that he can work with. Indeed, BlackRock alumni are populating the economic team within the Biden administration.

As the president and his allies in the newly Democrat-controlled Congress eagerly start to impose their new power on the corporate world – the stoppage of the Keystone XL pipeline construction is just the first job-killing step – they will need allies to coerce compliance under threat of economic pain.

Fink appears to be their man, as Politico reported Monday:

Corporate America is entering the Biden era with bold public pledges to fight climate change. But as Democrats seek to hold businesses to those promises, they’re facing a big battle.

Democrats are vowing to go through the Securities and Exchange Commission to impose sweeping financial disclosure rules on climate risk that would force thousands of businesses including banks, manufacturers and energy producers to divulge information to investors. Lenders are set to get even more scrutiny from their own regulators like the Federal Reserve, including potential stress tests to measure their resiliency to rising sea levels and extreme weather…

BlackRock CEO Larry Fink, who has been hailed by some as a corporate leader in fighting climate change, is putting his weight behind a call for companies to abide by a voluntary global standard instead and is warning against the potential shortfalls of government intervention.

“Voluntary” apparently is a relative term, as Reuters reported that in his letter to CEOs, Fink is “flexing what green muscles he has.”

His demands? They are many, but wielding the intimidating power of BlackRock’s $8.7 trillion in investments, chief among them is to require companies to explain to Fink how they plan to make their companies comply with a “net zero” emissions strategy by the year 2050.

“The world is moving to net zero,” Fink wrote, “and BlackRock believes that our clients are best served by being at the forefront of that transition.

And if you have no plan? Then you may be off your board soon, or out of that CEO position. It’s 2021, after all, and you will be canceled.

“We are carbon neutral today in our own operations and are committed to supporting the goal of net zero greenhouse gas emissions by 2050 or sooner,” Fink continued. “No company can easily plan over 30 years, but we believe all companies – including BlackRock – must begin to address the transition to net zero today.”

The CO2 neutrality claim would be so laudable – infusing BlackRock’s climate credibility with the “we’re in this with you” influence for maximum effect – if it was only true.

For example, BlackRock is said to maintain $85 billion in coal investments, according to a report by two anti-fossil fuel groups.

Also, a report released in the fall by a global warming-focused nonprofit shareholder activist group stated that, despite being one the world’s largest asset manager and top holders of S&P 500 corporations with ESG emphases, BlackRock “continued to undermine global investor efforts to promote responsible corporate climate action.”

But, you may say, Fink said BlackRock was carbon neutral in “our operations,” not in investments?

Well, not surprisingly, like many corporations and firms, BlackRock flies its executives around in its own fossil-fuel-guzzling Gulfstream jet. Fink has flown it to Davos to discuss “sustainable investments,” and to Sydney to exhort Australian CEOs to get with the climate program, as two examples. Undoubtedly Fink believes like Biden’s climate czar John Kerry, who flew a private jet to accept a climate award in Iceland two years ago, that it’s “the only choice for somebody like me who is traveling the world to win this battle.”

Oh sure, the BlackRock boys play the carbon (dioxide) indulgences game, buying “offsets” so as to continue spewing “climate pollution” guilt-free. So the message to the corporate world is to also surrender offerings to the Church Against Warming in order to be absolved of your sins by Father Fink.

And as we know, it’s all a virtue-signaling fraud anyway. After all, Kerry said just two months ago that even if the United States fully complied with the Paris Climate Agreement, “the earth’s temperature’s still going to rise to 3.7 degrees Fahrenheit.”

Part of the reason for that is that China is building coal-fired power plants like crazy.

“China put 38.4 gigawatts of new coal-fired power capacity into operation in 2020, according to new international research, more than three times the amount built elsewhere around the world and potentially undermining its short-term climate goals,” Reuters reported.

And Fink, like Biden, is notoriously soft on China, with BlackRock investments in dozens of Chinese companies. He refuses to confront the communist nation over its ghastly human rights record, and despite his offensive on climate against other global corporations, he has nothing to say to Chinese government-backed companies on the issue.

Not that China would listen, as the government has already put the Biden administration on notice that if the U.S. doesn’t stop meddling on issues like Hong Kong, the Uighurs, and Taiwan sovereignty, that they will not be a party to any climate negotiations.

“I would like to stress that China-U.S. cooperation in specific areas… is closely linked with bilateral relations as a whole,” said communist propaganda mouthpiece Zhao Lijian. “China has emphasized time and again that no one should imagine they can ask China to understand and support them in bilateral and global matters when they blatantly interfere in China’s domestic affairs and undermine China’s interests.”

So for the time being you can just count on Fink bullying Corporate America, wherein 2021, CEOs are all too willing to let sand be kicked in their faces – lest they be canceled.