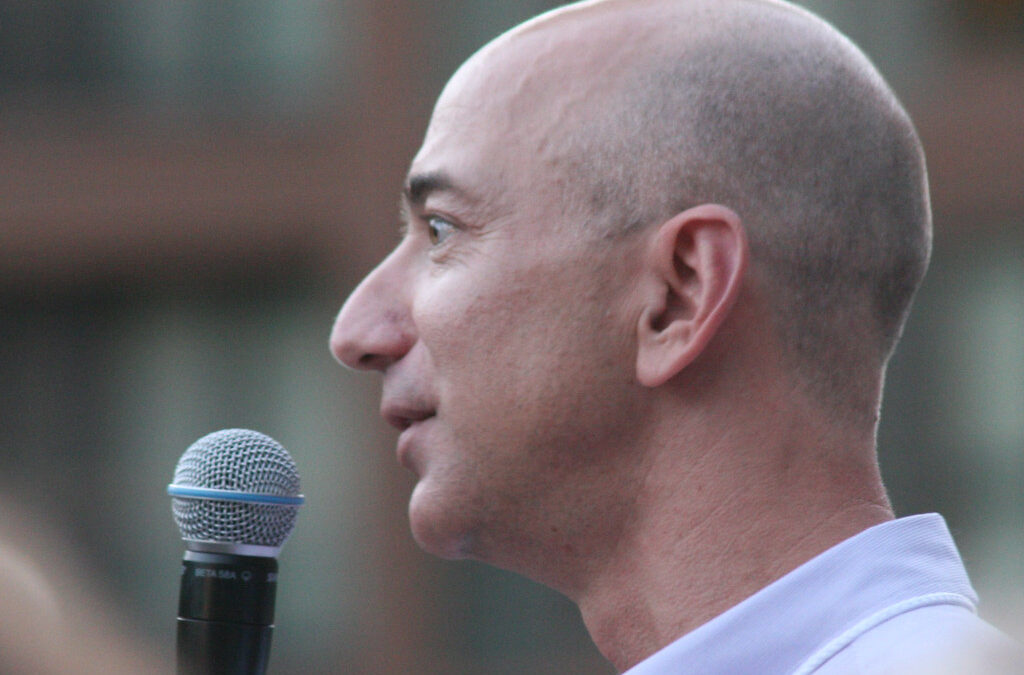 On Wednesday, National Legal and Policy Center presented a resolution at Amazon.com, Inc’s annual shareholder meeting that would require greater transparency and itemization by the corporation about its charitable contributions.

The company’s board of directors opposed our proposal, as explained on pages 53-54 in its proxy statement.

Speaking as sponsor of the resolution was Paul Chesser, director of NLPC’s Corporate Integrity Project. Amazon limited presenters to only two minutes to speak on behalf of their proposals, so Chesser composed extended remarks in support of the resolution. His two-minute remarks, which you can listen to here, follow:

Two minutes is ridiculously short to present a proposal, so visit nlpc.org to read more about our Amazon resolution.

Amazon’s transparency about its charitable donations is vague at best and opaque at worst.

We know almost nothing about the amounts it has donated to causes that are destructive to our nation.

But we do know one scandalous group that Amazon donated to.

In June 2020, during the height of the nationwide urban riots following the death of George Floyd, Amazon Chairman Jeff Bezos (pictured above) responded to a customer who stated that “All Lives Matter” by saying, unbelievably, that he disagreed with him.

Representing the company, Bezos said, in part, “Black lives matter speaks to racism and the disproportionate risk that black people face in our law enforcement and justice system,” and that “my stance won’t change.”

Who knows how many millions the company wasted on the BLM organization, but now leadership at least partially sees this Marxist group – and indeed this phony Marxist, “defund-the-police” movement – for what it is.

My organization exposed the fraud that is BLM, showing that its leaders collected tens of millions of dollars from “white-guilt” donations by corporations like Amazon, which the BLM grifters then spent on several multi-million-dollar mansions.

Unfortunately this movement, which easily fooled the rich white corporate elites, has also driven an out-of-control crime wave in our major cities – including disastrously, Amazon’s home of Seattle.

While many of us in middle America saw right through it, Princeton-educated Jeff Bezos fell for the con hook, line and sinker.

An extended version of Chesser’s remarks can be read here.